What You Need To Know |AVENGERS: INFINITY WAR 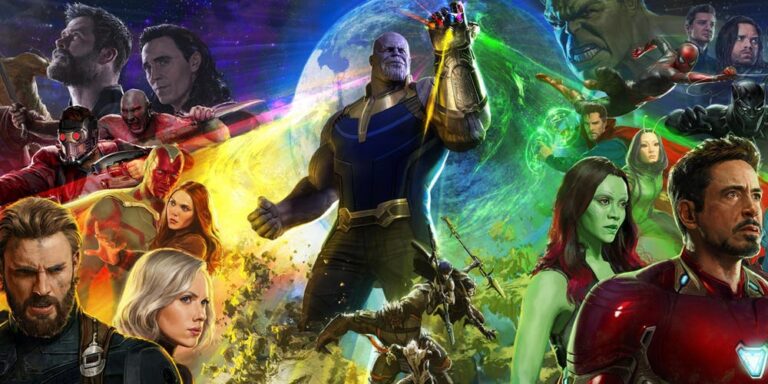 “There was an idea to bring together a group of remarkable people to see if we could become something more…so when they needed us, we could fight the battles…that they never could.” THIS MOVIE REALLY PUT A SMILE ON MY FACE.

SPOILERS AHEAD I THINK. I DON’T WANT TO HOLD BACK LIKE I DID FOR BLACK PANTHER.

It’s been coming. We’ve been waiting. Now it’s here(already breaking box office records). As this period is often regarded as peak TV era, I think Infinity War has just ushered in the era of PEAK CINEMA. It doesn’t get bigger or better than this. It can’t get better than this. I doubt. What else could be bigger than this? A new marvel movie in the next phase? A non-superhero movie? What? Tell me!

Avengers: Infinity War serves as the first part, in beautiful words: beginning of the end of this exciting MCU Phase. This is a piece of 2Hr36+ of colourful artwork everyone(Feminists, Black activists, Geeks, crazed fans, also casual movie goers.) can enjoy and be a part of. Cos with the IMAX screening I enjoyed, I definitely suffered alongside Ironman. I felt it! Every punch and bruise Thanos inflicted on our favourite man in a   suit who isn’t an insect.

Infinity War which already in its 3rd week has raked in over 1.25 Billion dollars in the box office(alongside my double viewing fee) introduces us to Thanos and his band of merry ‘we are not here to play’ men who storm various parts of the MCU planet including earth in search of the infinity stones. Well, was more of arriving and possessing and less of searching. These stones altogether give whoever is in possession of all six,power to erase, destruct, rewrite, and all form of formatting that you know. This, according to Thanos’ beliefs would bring stability back to earth and return earth to a state of orderliness and peace. He just wants to enjoy the calm rising of the sun in all state of tranquility. His ideas in plain words; wiping out half the world’s population like he has done on other planets for the greater good of humanity. Are you planning to save the world or just Asia? This is like good news for Asian politicians, but we won’t ever hear that from them. shhhhh, so who’s ballsy and crazy enough to make such statement these days? TRUMP?  You see the correlation? Bro Thanos, this earth is past that and beyond redemption. We are as a whole one big endless shithole that can’t be wiped clean by some colourful stones. The people left on earth might just be even wilder than those you have sent to sudden deathbed.

Back to the movie and away from personal opinion on earth’s shittiness. Thanos’ band of merry ‘grey and black looking mean’ men land on earth, of course first stop is the United States of America (oh, that’s where the stones are) to execute Big T’s mission in form of some ultimate grab. The stones got protectors at its various bearings of course. Stones won’t be released just because you’re scary looking. The Avengers’, Guardians of galaxy, Dr Strange, Black Panther and co won’t release stones that make the earth wipeable in the blink of an eye and they’re in charge of keeping us safe. If not, they are hella bored. Spiderman would rather go towards danger to fight scary looking monsters than to go for a school field trip. This shows how bored these guys are when they’ve nothing to do with their powers.

After the events of Civil War, the Avengers had been divided into Team Ironman(Let Government control us) and Team Cap(Let us have our freedom/fugitives). These differences does the team still have to face as they battle the ‘Mean Old Grumpy Barney’ and his men. With superpowers for ordinary people like this, they never still make things easy for themselves. Superpowers doesn’t come with common sense or wisdom sadly.

A close to 3 hour movie filled with so many superheroes who have starred and led their own movies leaves a few characters with little or no screen time at all. Although, it seems like with even little screen time for any character, it is still definitely huge effort and contribution against lovable ‘Barney-like’ Thanos. No punch or laser blasted is wasted but always go for the head guys! Always go for the damn head! (so the movie can end earlier and some of us can go continue our movie list). A Thanos movie would have been great sometime in the past. A good job was still done with the flashbacks explaining who he is, where he’s coming from and his ideas for this messy world. Although a standalone movie for him would have been more lengthy and insightful. I bet the idea was thrown about in the boadroom, probably the right storyline wasn’t found or they wanted him to remain a total mystery to us till Infinity War hit theaters.

The main heroes, Ironman, Captain America and Thor(i am not worthy God of thunder) lead this visually awesome work. Heartfelt and touching performances also from Spiderman, Dr. Strange, Scarlet Witch, Ironman, Gamora, Thor and even the big bad Thanos(played by Josh Brolin) make this altogether enjoyable to watch an worth every minute of time in the cinema. If you find it hard to follow sequences, acts and events in a movie, this might be difficult for you to watch, as Avengers: Infinity War moves very quickly from scene to scene making it exhilarating to experience. (For casual movie goers who just want to come famz Groot. This isn’t Guardians of the Galaxy or aesthetically colourful Thor Ragnarok).

Heroes make mistake, heroes have emotions, heroes are not perfect; All of these are laid out to us as a few personal emotions and mistakes sabotage (or not) the war against Thanos. Also, you don’t need to have seen the other marvel movies to enjoy this as a single piece. Some good jokes and references might pass you by, but still as a superhero, action and romance movie, you’ll enjoy it knowing a group of heroes are chasing a really BIG bad guy (literally and figuratively), trying to stop him from his stones retrieval which he could use to do big bad things. That’s it for a first-timer or casual movie goer.

All great things come to an end. This was wonderfully depicted by the Russo brothers, directing their third marvel project (after Captain America: The Winter Soldier and Civil War). As one starts to enjoy the superheroism and feeling at home in the cinema, the end serves as a reminder that this is really the end, in case you were starting to think otherwise. This is the end motherf…(In Nick Fury’s voice)

Seen the movie? Planning to see the movie? Overhyped? Let me know in the comments section below. Don’t forget to share with friends.

And I was spared by Thanos