What You Need To Know| Deadpool 2 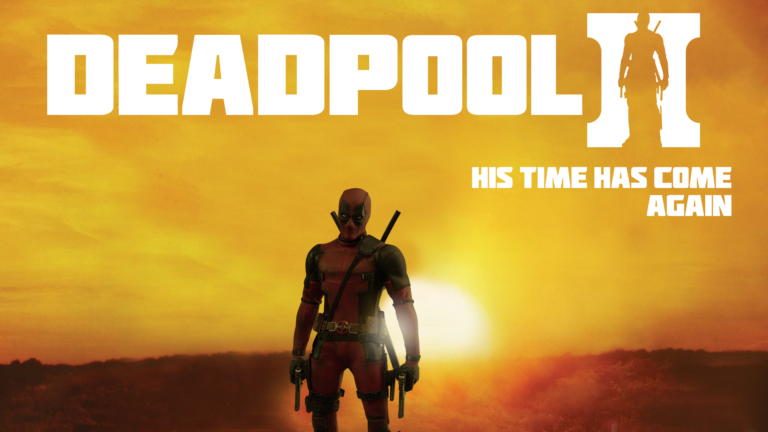 Deadpool is now international you know. Travelling here and there as a contract killer. Though they are more for good than bad; busting pimps, drugs and arm dealers on the international scene. It’s not easy, but he’s having fun, getting cut, getting hole-d and deadpool-ing all around. Things go awry, he loses that which serves as the most important in his life on their anniversary while they are making big plans that man and woman always decide to undertake when they’re together at some point in their life. They want to make tiny-weeny deadpools. Not sure if the genes or whatever makes Wade Wilson Deadpool get passed, but I’d sure love to see a foul-mouthed 5-10 year old kid going back and forth with Papa Deadpool. I think their relationship would almost almost be similar to Rocket and Groot only if Groot spoke more words other than “I am Groot” and might just be a lil bit 18+’d.

Deadpool hits his first rock bottom during the the so touching prologue where we get to know what he’s been up to since the last time we saw him and how he loses his dearest. He wants to know what the saying “you need to die to know how to live” means. So literally literally, he embarks on a mini Deadpool experiment to try this out. Of course, everything blows up Deadpool style. He is taken in by the so nice but hard Colossus to recover and join the X-Men…well as a Trainee (you remember Deadpool? Don’t get to big for your boots Red-Man). Off all the losses he has suffered in life, this one hits him the most and it’s that which doesn’t regrow just like that.

Deadpool being Deadpool, lone ranger Merc, finds it difficult to abide by these rules set for the X-Men. Abiding by these rules, makes him boring for the audience well. No one wants to watch a DC universe charged Deadpool. That’d be hella boring. Rules are made to be broken, that’s the fun of even having those rules in the first place according to Deadpool. His integration into the X-Men family was never going to go well.

As he’d been working with a taxi driver, Dopinder and his friend, Weasel all along to fight bad guys, he uses their help to recruit new members into his own special team tagged X-Force. This act introduces one of the funniest moments in the movie that didn’t have to do with references. Bringing in Domino known for her luck, Black Tom, Zeitgeist(Bill Skarsgård), Bedlam(Terry Crews), Vanisher(Brad Pitt), Shatterstar(Lewis Tan) and lovable Peter(Rob Delaney). They head out for their first mission to save a young mutant against time travelling baddie ‘Cable’, with lil or no training. There could have been one off screen tho. But things definitely do not go as planned as all but one of the new members meet their early deaths carrying out a task that’s we’ve seen superheroes do over and over again in movies which is flying out of a plane. Now left with Domino, whose powers he still doesn’t believe in, they both work sort of smoothly, more due to her ‘luck’ powers until the young mutant’s new friend known as Juggernaut who he has pledged allegiance to spoils the party. Party spoiled, headed back to drawing board to plan out countermeasures, the baddie isn’t actually a bad bad man after all. As a time travelling gun wielding half machine dude, he’s here to take out the young mutant before the young mutant does the same in the future against his wife and daughter.

I generally judge time travelling heroes, villains, dudes and gals as selfish. Being equipped with the power and ability shouldn’t be made to use at every slight opportunity. They don’t just mess with their personal issues, they also mess with that of others. Maybe I’m just angry Flash has ruined the timeline quite a number of times for personal gains in the DC Arrowverse.

Now, Deadpool and Cable both have to look for a way to stop this young mutant from being this fire wielding maniac in the future. He needs to be stopped from making his first kill that gives him the taste for more deaths heading into the future. Cable thinks it works best by taking out the young (sometimes innocent and mostly aggressive) boy, while Deadpool who is trying to be a better person familywise, thinks otherwise; he wants to have a father to son talk with the Lil boy. He has great hopes this would work. Of course it never works. A boy who becomes a maniac in the future doesn’t just listen to words from a man in a red suit and decide to let all grudges go. The boy got special plans of his own in the present day to make people at his old Mutant orphanage-like home pay for abuse he suffered from them physically. Deadpool has to take a bullet for this Son of a  Fire while wearing the superpowers dampener to be able to gain the young budding maniac, Firefist’s trust. Currently wearing the dampener, which leaves him without his powers, Deadpool kicks the bucket and he is only saved when time travelling Cable decided to go back in time to save his newly found BROTHA. This stood as the most touching moment in this hilarious movie.

How time flies. When the first Deadpool was released back in 2016, lil FireFist wasn’t even allowed to watch the movie Deadpool by his mom. But now in 2018, he gets to star in it. Who says money doesn’t talk? Who says money doesn’t give orders? Silent important ones for that matter. Just by the way, like how Deadpool would chip in info even during the most intense moments. Anyone who understands all of the references and jokes in Deadpool, I repeat ALL OF IT should be regarded as Pop Culture-Pool. You get it? You’re a pool of pop culture. Or in a cooler form: P-CulturePool. You’d definitely make the X-Force team, just hope you don’t die during your first act cos Domino’s luck doesn’t carry all.

With different battles fought in the movie, looking back at the movie sort of makes it ‘villain-less’. As Deadpool 2 focuses on bonding, connection and family themes to break Wade ‘Deadpool’ Wilson out of his ‘me, myself and I’ box which ushers in the newly formed X-Force and sets a new franchise underway. This features Deadpool, Firefist, Dopinder the cabbie, Domino, Weasel? and maybe Cable if he decided to hang back on this timeline for a while. As it has been confirmed that the next time we see Deadpool on our screens, it would definitely not be a lone man action.

Deadpool is funny, witty,playful, crazy and cleverly written. We were shown the director and producer definitely had plans to go bigger and take more risks creatively. Creative risks like this is either a hit or total miss! In Deadpool’s case, they pay off, as these creative measures hit the bull right in the eye.

It is impossible to catch and understand all of the references made. You are not a deadhead for not understanding all of it. But those you understand leave you laughing so hard you might miss the next silly thing that is about to happen. I would definitely love a joke per minute calculation for this Deadpool movie.

For a character with so many fourth wall breaks, the movie sometimes stand in danger of not being taken seriously. The most emotional moment of all in the movie, jabs and jokes were still be thrown by Wadey boy.

Going forward, as we expect more Deadpool movies of course, I hope time travelling won’t be incorporated much into it or better still, not at all. Time travelling comes with a lot of baggage and Cable being the main figure behind that for now complicates things much. I will leave the credits scenes which came midway as a surprise for those who have not seen it. Go enjoy the entertaining bold absurdity.

Seen this bad boy of a movie? What are your thoughts? If not, go enjoy this second time outing featuring the Merc wit a Mouth.