NETFLIX IS THE FUTURE: sit back! 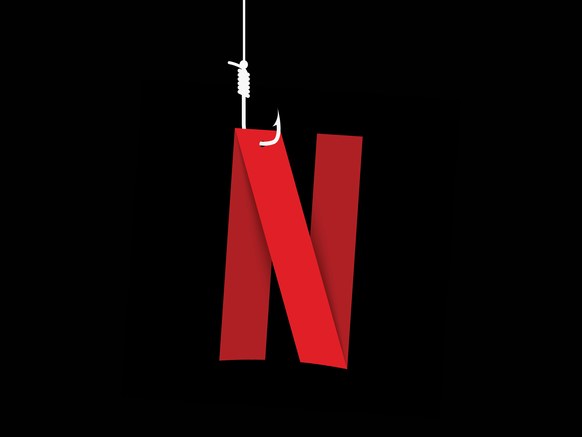 (this post was originally published on The Shawnife’s blog. Slight changes and updates have been made.)

When you hear of Netflix, first thing that comes to your mind is “… and chill”or a picture of a big N for the cleanhearted among us.

And if on hearing Netflix, nothing comes to your mind, that’s why we are here today and by the end of this article you should be torn between making a decision on what to watch first on Netflix which is a streaming service where you can watch a wide variety of TV shows, movies, documentaries, Stand up specials and more on thousands of internet connected devices.

Been available for a while, 1997 to be precise, but just peaked recent success with more original contents and aggressive expansion in other parts of the world, with a base in the U.S, of course. It’s come to stay as an important symbol in today’s pop culture.

Their exhibition at the just concluded Comic Con has just given us more reason to be sure that they are the future of movie streaming and making, no matter how much they are constantly seen as a hindrance by some old fashioned movie makers who have their honest and personal points.

Moviemakers generally yearn for desire to have a large role in the creative direction, if not total control in the handling and end product of their projects. Most movie studios today are not ready to take the risk of  handing over total control to the moviemakers they have put in charge of their work in this present time’s competitive market of multiple franchises and box office bombs. With a poorer cinema going culture compared to previous years,due to the emergence of Netflix, studios are forced to have the chicken fight over ticket sales and success.

With more risk taking, netflix grants moviemakers creative control once he\she has a sound idea to develop be it an adaptation or an original idea ranging from comics to novels to newspaper articles to twitter ideas( yes, you read twitter ideas; months back netflix gave greenlight to produce and finance a movie featuring Lupita and Rihanna which was birthed on twitter. Isn’t that hella risky??).

They constantly keep getting the boos at film festivals cos they are believed to be killing the theatre & cinema culture in today’s world. But, I disagree cos behind a lot of failed movies today in theatres, we’ve got a giant puppeteer in form of movie studios who have fear of their financial input going up in flames.

Also, in a world where one gets information about a movie with just a few clicks, the destiny of a movie could be derailed hours after it hits the theatres. With Information like ratings, reviews and so on which is all over the internet: websites, blogs(wkMu 😉), social media, most especially twitter,choices are made by people,deciding what and what not to watch, which back in the day was more of a game of roulette or picking what to watch with little or no information on what they were spending money on.

Majority of Netflix success have been projects from original ideas and works studios won’t dare adapt due to risks and total control always given to the movie-makers. The old fashioned theater lovers need to come along with this new modern spirit as we get to enjoy these amazing contents from the stable of Netflix in this world of prequels and sequels. Netflix is the future, sit back.

Juju Stories is the first film Oge Obasi has steered to cinema as a producer.…