What You Need To Know |BLACK PANTHER 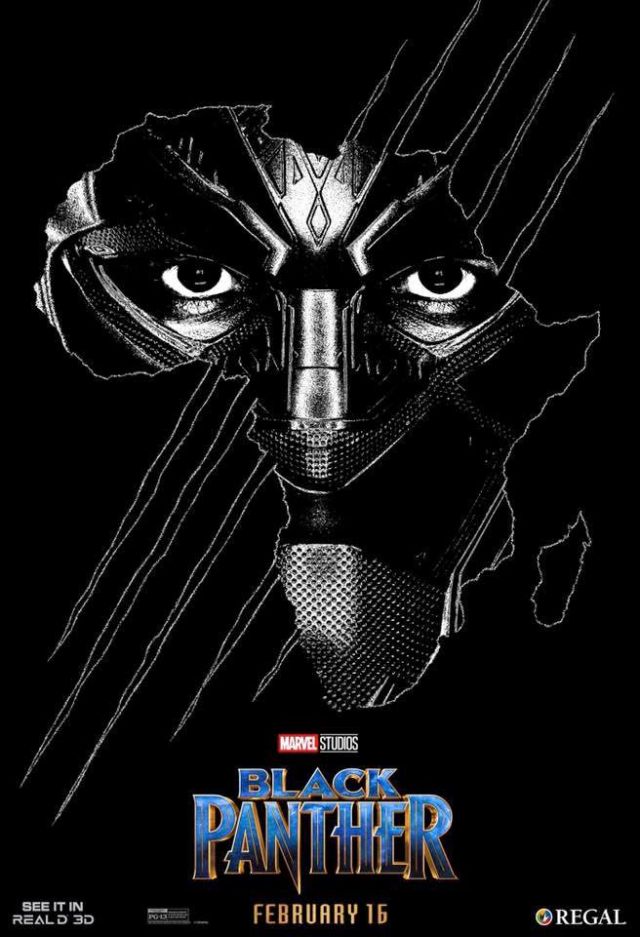 Rated One ‘Vibranium-bright’ Star. Ryan Coogler is currently the most popular Ryan in Hollywood.

NO SINGLE SPOILER I swear!!!! Read freely and let me know what you think in the comments section, if you’ve seen the movie. Otherwise, make a decision to go see the movie, then come back and I still want to know what you think(even if it’s 6 months from now) It’s a Big One Star out of One Star!

Ok, never happened to me before today, cos I go see movies alone mostly, but when you’re with friends you grow them bigger balls. The size enough to get you into trouble. So that’s how we decided to not sit in our designated seats,cos we didn’t want to sit so low. So we moved higher up hoping we’d get lucky and the real owners don’t show up or something. That is something I’ve never considered to do in my years of cinema going (got the vibranium in my veins call me a Cinema Panther or Movie Panther. Whichever brings music to your ears. Won’t be changing my Twitter handle to that tho, do not be afraid. You’re permitted to steal it). Then you know how it ends, we got chased of course. Then we’d to see the movie from a  bad low sitting area which wasn’t so comfortable.

After the movie, the vibe created by the movie was still running through the veins of my friends as we left the theater. You know as the vibranium flows through his body and Sparks when it’s building up its energy…OhNo, you wouldn’t. You’ve not seen the movie, that’s why you’re here as part of one of your ‘Thought Bus Stops’ on a road to making a decision. GET OUT and go see it.

After the events in Captain America: Civil War(2016) where king T’Chaka got murdered during the UN attack. T’challa returns home as the heir to the throne of Wakanda to start his reign as king. Of course, there would be  opposition forces, it’s Africa. Where do these forces come from, in what form do they come, how are they dealt with and at the same time learn something to hold for the future is the story this Wakandan tales tells. Not giving away too much as I promised earlier, cos it’s something I want people to enjoy and experience without foreknowledge popular known as spoilers. So I won’t be going deeper than this into the story, cos it’s something no one could’ve predicted and going further definitely pushes me closer to the shores of vibranium spoilers,which we want to avoid.

With the most direct and at the same time most sensible background and narrative plot in the MCU being this Black Panther story, I can boldly say and defend that this is one of MCU’s best and strongest plot till date that has been well thought of which is what you get when you have a dedicated filmmaker like Ryan Coogler, (currently the youngest Marvel director *claps*), in charge as director and part-writer.

The fusion and blend of various African cultures to form a unique Wakandan whole,makes one not to only fall in love with the colours and atmosphere,it also makes one really feel like this is a place you would have loved to grow up in.

In regards to a loved character,who people are even calling for to be the next Iron Man which I think is too far is Shuri who is T’challa’s sister. You would always wish to  have Shuri as a Lab partner in any class or as your next door neighbor or your science teacher, or your… “just be in my life in any form Shuri!!!!!!” is all you’re going to be yearning for. (Wake up, it’s a dream. You didn’t just match with Shuri on tinder)

There’s this confidence Black Panther pumps into your soul as someone with African origin. Maybe also applies with anyone from any damn place in the world(I can’t speak for them, I’m speaking for myself cos I got represented BIG time on da BIGGEST screen). This highlights and definitely serves its role as a superhero, a superhero movie and as a movie in general. (Salud to Ryan Coogler once again  and the whole team)
Heard people are badmouthing our Hero tho cos he didn’t send enough people to the grave, but why, but why. Looking into his character and remembering how he’s been built as a person, that would totally contradict the whole foundation that had been laid with the traits he’d set in him already as a human before adding the super power that makes him a superhero. He’s still T’challa. So Black Panther is basically T’challa, the good virtuous man in a suit and not N’Jadaka or early days Oliver Queen in a suit.

At the end of the movie, my friends and I had even forgotten about the problems we created for ourselves earlier.

The gist was even more about trying to sneak into another room showing Black Panther cos we wanted to watch it again. It was that good. But as African Naija kids, at 11pm, our parents were already calling, welp!!!😪

So, behold: the entire MCU movies in the “right” order:

Ok sorry I didn’t review the Green White Green Nigeria movie first as i promised(WhatsApp status be making you make them decisions and promises when you’re so excited and can’t sleep). The fun and daring adventure of T’challa and Killmonger came along the way,I hopped on and had a positive and great experience watching it. And you should also go have a feel of it!!!

P.S:They better name T’challa’s kid T’CHAMA, if he ever has one in the future. Hopes to a sequel being green-lighted and seeing a bigger, wider view of Wakanda with deepened ties, new enemies, and the new ones formed already with the ‘colonizers’. AND I WOULD LOVE TO SEE THEIR FOOD, WE NEVER GOT TO SEE ANYONE EAT.(if that’s a spoiler, then the world’s problems are smaller than yours).