Game of Thrones off season: Let’s Find You a New Main Chic 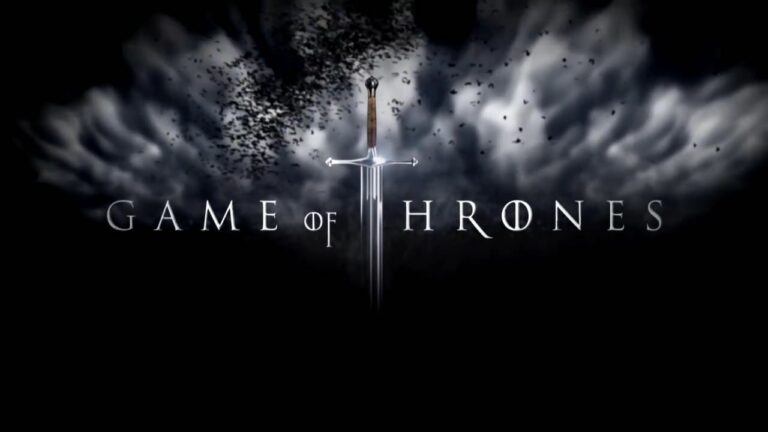 In the penultimate season of Game of Thrones, we were left a bit shocked by the pace at which things were resolved. It was a bit rushed compared to other seasons. At the end of the season, it was labelled as one of the worst Game of Thrones season bearing in mind that it was still awesome.


While we’re waiting for the eighth season that rounds up our beloved series, which is going to be a very very long miserable time, here are some TV shows we could try watching. I’m recommending them based on the pace at which things unfold, the slow, in-depth and complex story telling while not leaving out the brushes of humour and amazing characters to fall in love with who we can still all stalk on social media, especially Instagram (hmmmnn. Yh, we all do that) during this off season of GOT. With these elements taken into consideration, I think those are the reasons we all love GOT and can’t wait to have it back on our screens. It also serves as a chance to branch out and try new series you would like to make your main chic after Game of Throne ends.

NOTE: To avoid spoilers and stories that touch, I won’t be going in-depth. You’re only going to be given reasons to fall in love with the series,why they kept me up and comparisons with Game of Thrones. You should want to check them out ASAP!

A show that’s been lined up and regarded as the best and biggest thing after Game of Thrones. With a big production budget and airing on the same HBO that’s given us GOT, I think this should be the first show you should be watching during this off season. On a futuristic amusement park with robots who are as real as humans, we get to see the relationship and interaction between the hosts (robots) and guests who’ve come for a time out of their normal lives for the pleasure and entertainment. Relationship deepens and ties gets stronger on various adventures and plot set by administrators of the park. But what happens when the robots gain full awareness, go haywire or maybe override themselves? Black Mirror, you say?

Season one is currently available with the second season kicking off later in April.

The world is seen unequal and sometimes seems unfair to people. What happens when a young man with computer skills which an average human could only wish for decides to join a crusade to set the world back on ‘track’ in a way that seems fair and right to them. In this world of dark humour, crime, computers and technology while not leaving out the dark side of the internet, you’re bound to fall in love with Mr Robot.

Three seasons currently available, with the just ended third. You’ve got quite a while before season 4 bells come ringing.

This is comic book adaptation from the comedic duo Seth Rogen and Evan Goldberg which follows a man who receives power beyond his wildest dreams and control. Not spitting out too much spoilers, if you’re familiar with Rogen’s works (the interview, pineapple express, sausage party, this is the end, etc) in the past, you’re bound to want to check this out and hop on this gospel filled with crazy, mind-bending, humorous characters and story-line which should please people who are into the supernatural.

‘I am a big game of thrones fan and I don’t think I can find something else to make me want to stay glued to my screen for hours’… then this is your stop. You should find your spot here in case we’re having trust issues and you not wanting to give me the benefits of ‘seems like he knows what he is saying’ doubt. You should definitely start with this critically acclaimed miniseries that follows a young man found in the wrong place at the wrong time. Is the justice system going to do him right? Or is his life and those around him going to be left hanging by a thread? We all know what happens with a dead body, blood splatter, fingerprints, and a witness right?

It is a one-off thing as a miniseries with a beautiful single season.

Ok here, things take a mighty turn again to the supernatural world. In a world now filled with more unbelievers than believers. Ok scratch that. We are all believers one way or the other, all depends on things we dedicate our time to. What happens when the gods categorised as the old gods start to feel like they’re being left out of the fun and the future looks so bleak for them, on the other hand so bright for their counterparts. They’ve got to come together and wage a war to get back into the hearts of people. With the fight old people put up due to their hatred of being referred to as old or outdated, you’re in for some special, mind-bending adventure as you decide to start this series.

Just a single season available, as we both look forward to a second later this year.

as innocent and peaceful as a small town seems on the surface, the disappearance of a little boy uncovers deep secrets that lie within. Dark, humorous and family friendly, you might want to start this one with your family or friends on your next TV hangout. With the second season released last October, there’s definitely nothing stopping you from jumping on the first two seasons as soon as possible. Being an original story (meaning one that has not been adapted from a source or rebooted from an old piece) gives Stranger Things an extra plus and a surprising edge to this Netflix original series. Meaning the story could lead anywhere.

Two seasons in with just 12 episodes shared between them.

This is a show with standalone episodes (meaning not connected in terms of storyline or could be if you look deeper) that provokes personal thoughts and deep-thinking. Minutes after an episode you’re staring at your screen trying to decipher all that you can. Black mirror is a total package of futuristic and sometimes present technological mishaps at the same time reminding us we’re in charge as humans. With 3 seasons, 13 episodes and stories, and an upcoming 4th season, it has proven to be one of the best series on our screen in recent years with its originality.

END is coming. The earlier you accept this fact, the better it is for you after Game of Thrones disappears from our screen. With multiple spinoffs already in the works, but none confirmed; there might still be a way to have your main chic close to your heart.

Game Of Thrones wall posters and A5 jotters available for sale.
Got more in mind? Show(s) as big as Game of Thrones in terms of production and storytelling that people are sleeping on. Leave your suggestions in the comments below. And let people get matched with a new main chic as Game of Thrones wraps up.