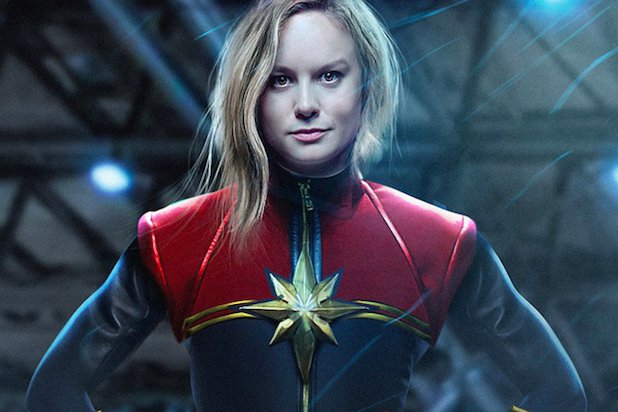 Project sets to mark a historic milestone as Marvel’s first superhero movie with a female lead, as DC blessed us with Wonder Woman last year.

Captain Marvel is an upcoming American superhero film based on the Marvel Comics character Carol Danvers.

Marvel marked the beginning of the week by releasing  new details and an image of star Brie Larson in character as air force pilot Carol Danvers. Larson and Brigadier General Jeannie Leavitt, 57th Wing Commander, who were recently going through training, at Nellis Air Force Base in Nevada.

Check out the full press release details of Captain Marvel, below:

LOS ANGELES, CALIF. (March 26, 2018) – Marvel Studios has begun principal photography in Los Angeles, California, on its newest film, “Captain Marvel.” The production is shooting in and around the greater Los Angeles area, which will also serve as the production base for the film. The production will also shoot on location in Fresno, California, as well as locations in Louisiana, including Baton Rouge and New Orleans.

The story follows Carol Danvers as she becomes one of the universe’s most powerful heroes when Earth is caught in the middle of a galactic war between two alien races. Set in the 1990s, “Captain Marvel” is an all-new adventure from a previously unseen period in the history of the Marvel Cinematic Universe.

I am for one excited by this project. I am looking forward to debates by fanboys battling it out for which would be the better female led superhero movie between Wonder Woman and Captain Marvel. It’s fun seeing the geeks wrestle in the best way they know how to. Let the comparison games begin between Gal Gadot (Diana Prince,Wonder Woman) and Brie Larson (Carol Denvers, Captain Marvel). And who the better male co-star is between Chris Pine and Jude Law.