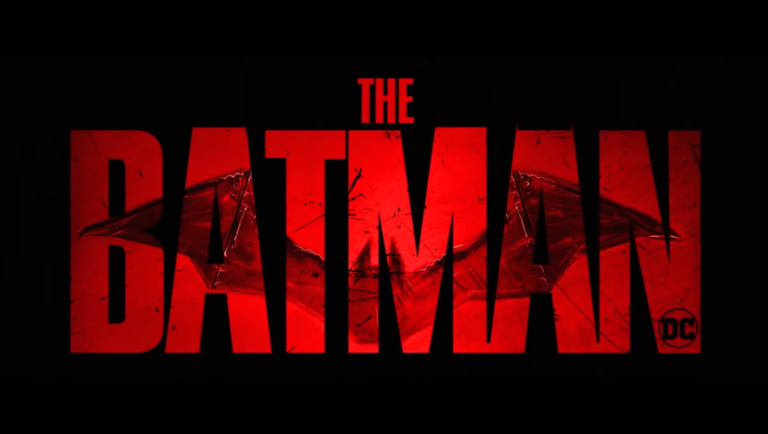 The Batman had its theatrical and digital release (HBO Max) on the 4th of March and 19th of April 2022 respectively. Co-written and directed by Matt Reeves (War for the Planet of the Apes), the superhero movie reboot boasts an ensemble cast starring Robert Pattinson (Bruce Wayne/Batman) Zoe Kravitz (Selina Kyle/Catwoman), Paul Dano (Riddler), Jeffrey Wright (Jim Gordon), John Turturro (Carmine Falcone), Andy Serkis (Alfred) and Colin Farrell (Oz/Penguin). The movie has been praised by critics and audiences alike for its gripping grit as a ground-breaking detectivesque super-noir (bat-noir). However, this does not mean that The Batman is without its shortcomings. In this listicle, we explore the best and worst bits we could find in the latest entry of DC’s G.O.A.T.

Spoiler warning for those who haven’t seen the movie (where have you been?). You can check out a spoiler-free review of The Batman here instead.

Robert Pattinson’s realistic portrayal of the masked vigilante (Battinson) is unlike any we’ve seen. Previous iterations of Batman (Clooney, Bale, Affleck) alternated between “flashy billionaire playboy” by day and crime-fighting crusader by night but Battinson delivers a much darker tone to the character, figuratively and literally speaking. Throughout the movie, he maintains a gruff, dismal demeanor whether spotting the cowl or not. He is Batman 24/7 365. This version of the Bat is a reclusive man, still the boy who witnessed the murder of his parents 20 years earlier. Inflicted with self-hatred, regret and grief, he creates the persona of the Dark Knight, renames himself Vengeance and weaponizing fear, targets Gotham’s criminal element. He is so engrossed in this image created for himself and delusions of redemption that he doesn’t want to be anything else, not even Bruce Wayne. You’d be right to say Battinson has the worst PTSD of any live-action Batman (we recommend a therapist). He is also a proven detective, uncovering most of the antagonist’s hints in record time but an added beauty to this character is that even with all his smarts, his inexperience shows. Also impressive is how Battinson (arguably the most goth Batman yet) maintains chemistry with Selina Kyle despite his charming doom-and-gloom personality.

Battinson finds a more than capable opponent in the nefarious character called Riddler portrayed by Paul Dano. What do you get when you marry inspiration from Se7en (1995), Zodiac (2007) and the “Batman Hush” story arc? A badass reimagination of the antagonist, worth every second his screen-time! And boy, can he sing! Simply put, The Batman doesn’t have a ‘villain problem.’ Dano’s Riddler, like his fellow orphan Batman, has an agenda against crime in Gotham. He jumps on the vengeance crusade too, becoming a serial killer who targets the city’s most corrupt officials and a notorious crime boss (Falcone). He also begins a movement, gaining hundreds of followers who call themselves ‘Bitter Nobodies.’ Riddler is no subway face-painted thug or high drophead goon. He is intricate, calculating, and deliberate by nature. He challenged Batman to a game of wits, a race to uncover the biggest drug fraud in the city’s history with the latter playing catch-up for the majority of the movie. Paul Dano truly captured the nuance of a well-written character who was given a compelling backstory and killer motivation (pun intended). It’s easy to see why Riddler is one of the best cinema villains of 2022! Also interesting to watch was Riddler and Joker (Barry Keoghan) become fast friends in the final scene of the movie.

Someone jokingly tweeted after watching The Batman that Nigeria has more light than Gotham (LOL). However, Batman is stunning in its own bleak way.  Between the mix of red, yellow and black, The Batman has a lot to offer visually. More so, it masterfully blurs out the corners of the film in some scenes and leaves the center focus-clear which was very attention gripping. Even the seemingly endless rain throughout the movie works so well in adding a refined luster absent from other Batman movies. The Penguin car chase, action at Gotham Square Garden Arena and Batman being a beacon of hope as he lights a way through the flood are some of the most visually compelling scenes one doesn’t forget in a hurry. Another thing that makes the movie even more memorable is the soundtrack too. Sure, it’s not as catchy as the tracklist in Guardians of the Galaxy but is tailor-made to fit with the plot perfectly which isn’t an easy thing to do given the theme of The Batman. Whether it is Bruce jamming to “Something in The Way” by Nirvana, “HOT 44” (Baauer) blasting at the Iceberg Lounge or the Riddler’s killer jam “Ave Maria” (Franz Schubert), these songs were very deliberate in setting the tone of the beautiful scenes we witnessed in the movie.

A big criticism of The Batman is the movie’s runtime. Of course, this is what the “I slept off while watching” geng of movie watchers pointed out first. At exactly 2 hours 55 minutes, it is the longest adapted live-action Batman movie and the third-longest superhero movie of all time behind Avengers: Endgame (3hrs 2min) and Zack Snyder’s Justice League (4hrs 2min). Not many people want to sit through a 3-hour crime thriller movie with minimal action. While we appreciate how thorough the movie was by inviting us to work the case with Batman and Jim Gordon, it has to be admitted that the runtime could have easily been trimmed down by 10 or even 15 minutes.

For a movie that is almost 3 hours long, there is very little backstory. This leaves burning take-away questions from The Batman unanswered. For example, even though evidence might suggest otherwise, did Battinson ever train with the infamous merry band of killer ninjas known as League of Assassins (led by Ra’s al Ghul) before kicking off his crime-fighting crusade in Gotham? What is the state of affairs at Wayne Enterprises since their majority shareholder Bruce Wayne decided to avoid sunlight like an actual vampire? Who really killed Thomas and Martha Wayne and how exactly did they die? Also, what exactly did the Joker do and how was he caught and detained at Arkham State Hospital? Careful, lest these questions keep you up at night too. We’re not saying too much be crammed into the movie, but a nod here and there, some subtle references and Easter eggs would’ve done more than enough to answer some of these questions.

You’re Not My Father

We had earlier praised the darker approach to the character that is Battinson but honestly, he does take himself too seriously at times. Bruce is largely dismissive of Alfred throughout the movie unless the latter had anything to contribute to solving crime. It would even seem that Battinson has a better rapport with Jim Gordon than Alfred. Case in point. When Riddler calls out the Wayne family, Bruce pays crime boss Carmine Falcone a visit. Falcone hints that Sal Maroni murdered the Waynes, so Bruce heads back to the hospital to see Alfred. Rather than express gratitude for taking a bomb for him (flowers, a ‘get well soon’ card, a thank you), Bruce confronts Alfred with ‘new information’ about his parents’ death, accusing the latter of lying to him his entire life. Perfect timing! This version of their relationship is a deviation that denies us the friendly banter we’ve seen countless times past between Alfred and Bruce which makes them a formidable, lovable duo.

Another uneasy relationship in the movie exists between Batman and the GCPD. They often mistrust each other which leaves Jim caught in the middle, playing intermediary. After the confrontation between Batman and city police where we see him escape, the very next scene shows Jim meeting up with the vigilante at the location of the Bat-signal. This makes little sense as an APB had been put out for Batman and the Bat-signal is where the cops would’ve looked next. You’d think that after working together for two years, the GCPD did more than begrudgingly allow Batman access to crime scenes. Surely, Battinson is not a people person. But given that he helps fight crime and quite possibly detain someone as psycho as the Joker (the deleted scene proves this), one would expect that the GCPD cut the caped vigilante more slack. It is not until deep into the third act of the movie that we see Batman and the GCPD working more closely together despite being at each other’s throats the entire time. Better late than never I guess.

The Batman left viewers with raised eyebrows and head scratches. For example, Batman escapes the city’s police force by gliding from the top of GCPD tower. Few moments later, he miscalculates his parachute release and collides into a bridge, a moving bus, a parked car and garbage cans on the sidewalk. At least half the bones in his body should be broken but he walks off the bad fall with a small limp. Do you also recall how the thrilling car chase scene with the Penguin ended? Batman rammed the Batmobile into Penguins car, sending the latter into somersaults. But not only does the Penguin survive this, he comes out of that accident without a single scratch. Can’t say the same for all those people who died in collisions and explosions from that car chase so Batman could follow a wrong lead. Also, Battinson rectifies the mysteriously disappearing eyeliner issue of previous Batman movies. However, like its predecessors, the Batman is still guilty of the notion that whenever goons attack/shoot at the Batman, they must focus on everywhere else but the exposed part of his face. It has to be an official Hollywood Batman rule by now.

We only expect that some of these issues will be addressed in the confirmed Batman sequel. Be that as it may, The Batman is a great movie for long-time fans of the titular character and doubles as a brilliant detective thriller.

The Batman is streaming on HBO Max.