Omo Ghetto (The Saga) is currently one of the most talked-about Nollywood movies in Nigeria and was co-directed by Funke Akindele and JJC Skillz. This  is the second film in the Omo Ghetto franchise and serves as a sequel to the 2010 Omo Ghetto. I never thought I’d go to the cinema to watch a Nollywood movie again. I tried it twice and it turned out to be a disaster; so I made a vow, “never will I ever go to the cinema to watch a Nollywood movie”. However, I had no choice but to watch Omo Ghetto because I chose it from the movie calendar. “Why?”, you may ask. I didn’t want to go through the stress of reviewing a seasonal movie, so I thought a 2-hour Nollywood movie would do.

The movie centres on the life of twin sisters who live totally different lifestyles. Ayomide (Funke Akindele) is educated and civilized, while the other, Lefty (Funke Akindele), is uncouth, vulgar and brute. Also, the movie follows the life of Lefty and her friends, Chummy Choko (Chioma Akpotha), Busty (Eniola Badmus) and Nikky (Bimbo Thomas) in Askamaya ghetto and they are always in one trouble or the other. Even though Lefty was adopted alongside her sister, Ayomide, she could not cut off her ghetto life. She always tries every possible means to return to the “Askamaya Bees” even when Mrs. Benson (played by Tina Mba), her mother, restricts her from going back to the ghetto. There’s a popular saying that goes, “you can take the girl out of the village but you cannot take the village out of the girl”, and this is exactly the case of Lefty.

We cannot talk about Lefty without mentioning the love of her life, Femi Stone (played by Deyemi Okanlawon). Femi is a cyber-fraudster (popularly referred to as yahoo boy) who would go to any length to get what he wants. He moves around with his clique consisting of three other yahoo boys; Aza Man (Zubby Michael), Mario (Akah Nnani) and Obi Wire (Alex Ekubo), who all devise new ways of defrauding foreigners. At the beginning of the movie, we see Femi helping Lefty out of a difficult situation where she could have been killed. He decides to pay her debt, thereby rescuing her and this single act solidified the love Lefty had for him. However, Femi has an ulterior movie and we see this as the plot unfolds. The heinous life Femi lives results in the murder of a guy in which he (Femi) unknowingly frames Lefty by dropping the victim’s phone in her car. Subsequent scenes in the movie show how Lefty and Femi’s love is tested, how her peaceful sister, Ayomide, gets mixed up in all her drama, hence contributing to the climax of the movie.

Lefty, played by the co-director of the movie, Funke Akindele, is one that is easily misunderstood. Already having the “look” of a thug, one would expect her to be selfish, inhumane and pitiless, but we get to see this loving, compassionate and non-judgemental lady who believes people should not be stereotyped just because of their appearance. She is just a “bad girl with a good conscience”.

Omo Ghetto is a movie that touches almost every area of human life. There is indeed emphasis on “Youth Profiling”, just like we witnessed in Nigeria during the End Sars protest and many youths coming out to explain how they have been profiled many times by security operatives. Similar situation is seen in this movie where two boys, one on dreadlock, visit the police station to ask about the investigation of their murdered friend. Oga Dede (Blossom Chukwujekwu), the D.P.O of the station in charge, profiled them by calling them yahoo boys. It is important to note that not all heroes wear capes, likewise not all thieves are on dreadlocks. The movie also depicts how rotten the police force is by using the character of Oga Dede. Of course, the Nigeria Police Force comes to mind and this shows that much needs to be done to fish out rotten eggs like Oga Dede in the Police Force.

If there is one thing I love about the movie, it is how Funke Akindele was able to blend local languages into this movie- Yoruba, Igbo, Hausa, Benin, Pidgin and even English language. The local language of each actor was brought into life and there was no restriction whatsoever. Aza Man  and Chummy Choko  did well in this aspect and they added the spice needed to make the movie fun to watch. It was so relatable, and a fusion of code-mixing and code-switching gave it the Nigerian flavour because this is something we do on a daily basis. The usage of slangs was also conveyed effectively in the movie and it is like the icing on the cake for Omo Ghetto (The Saga).

The movie depicts the loyalty that comes with running a gang. Lefty’s gang, the “Askamaya Bees” helped portray this. The way they stood by Lefty from the beginning till the end of the movie, even when their lives were on the line shows that there is a thing called allegiance even in the ghetto. The movie features quite a number of the biggest names in  Nollywood which might be a turn off for some people, thus bringing the idea that the director would not be able to manage the actors which might result in a disaster. They all had their moments, even the ones that appeared in a scene or two like Timini Egbuson and Animashaun Samuel (popularly known as Broda Shaggi).

One of the toughest decisions in movie production is casting. There are a lot of talented actors and actresses out there but it takes an extra creative director with the help of a casting director to pick people that will bring the characters to life. Each of the actors did justice to their role. From Chioma Akpotha (Chummy Choko), to Bimbo Thomas (Nicky), to Eniola Badmus (Busty), Mario, Zubby Michael (Azaman), Funke Akindele (Ayomide), Adebayo Salami (Baba oni Baba), Ayo Makun (the gateman) and Animashaun Samuel (popularly known as Broda Shaggi), who played the role of a passer-by. All these amazing actors and actresses played their roles well and deserve accolades.

The movie features some action sequences. The fight scenes in the movie were fun to watch. It wasn’t like what we see in other Nollywood movies. The blood looks real, not like the “tonic” we see in most Nollywood movies. However, they could have done better in the fighting scenes at the end of the movie. It was like watching a Royal Rumble event on WWE. They didn’t need all the acrobatics and Roman Reigns-esque punches to enact the scene effectively. It could have been better choreographed but then it was still fair because we have seen worse in most Nollywood movies.

The ghetto life was painted with glitz and gaudiness, it was realistic and applaudable. Funke Akindele’s dual acting role was superb and she gave an awesome delivery of the two contrasting roles. Her depiction of both roles with such skill and dexterity sets her apart from other actresses in  Nollywood .

One setback from the movie is how Lefty could pinpoint where her twin sister was kidnapped to by eavesdropping on Baba Oni Baba’s conversation. The scene was too straightforward and not much work was put into it, but that did not overshadow the good work done from the beginning till the end of the movie. Omo Ghetto (The Saga) is a great comedy, but some scenes in the movie were irrelevant (like the brawl between the Askamaya Bees and Ojuna Boys). The scene was really unnecessary and viewers would not miss it if it was omitted, even though it was just there for the comedic value. The final scene of the movie where Lefty calls Femi  and tells him the fight was far from over could be a hint that there will be another sequel coming from Funke Akindele. If you are looking for a fun movie to watch or enjoy with your friends, Omo Ghetto will do the trick. So grab your popcorn and enjoy the ride. 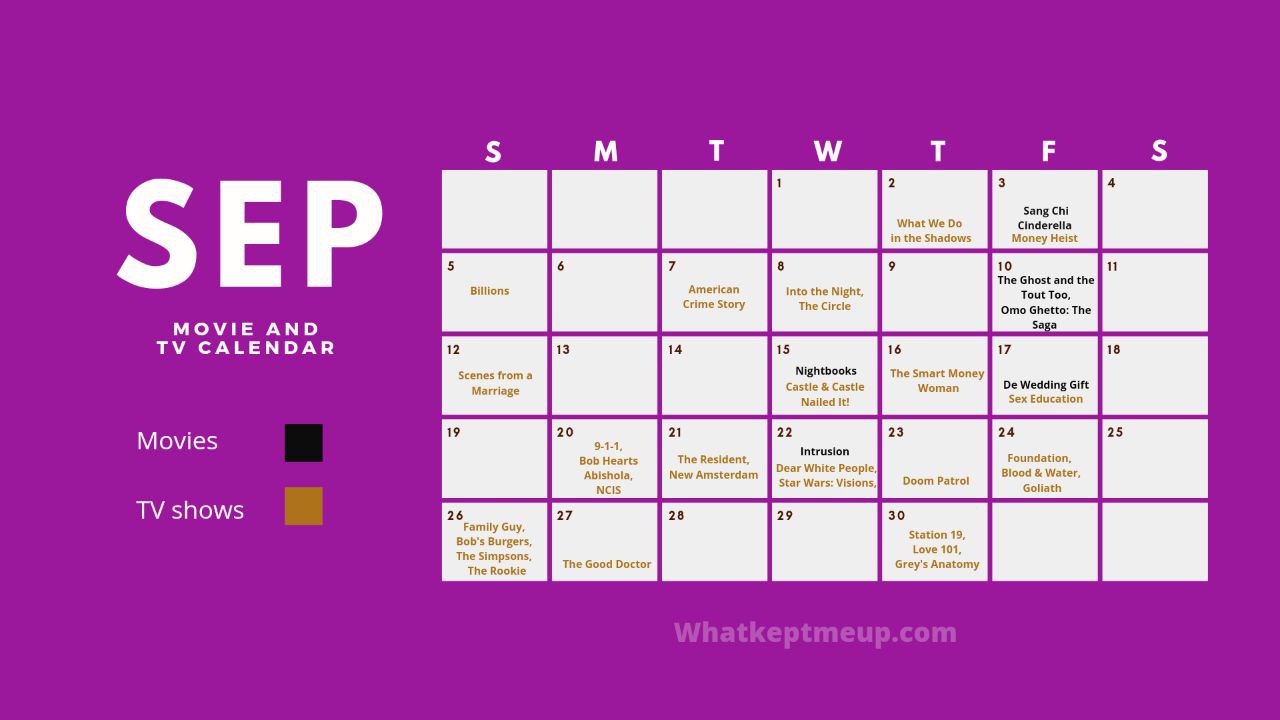 Omo Ghetto (The Saga) premiered in Nigerian cinemas and debuts on Netflix on September 10.