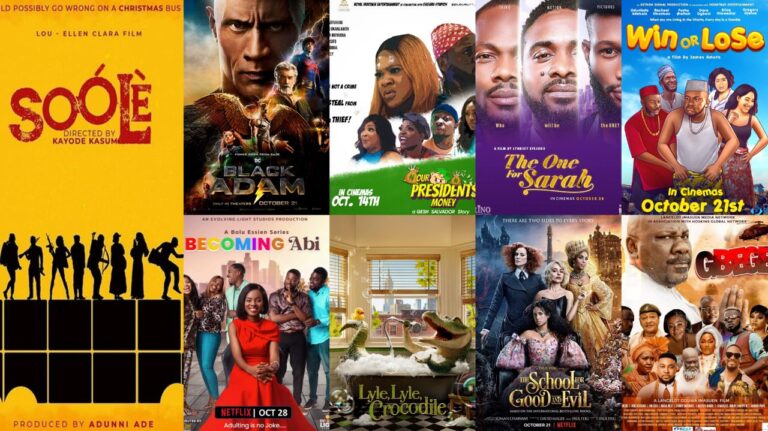 Obara’m and Inside Life were our Critic’s Picks in September.

Following a packed September, new releases will slow down a bit in October.

In cinemas, Beverly Naya stars in the romance drama The One for Sarah alongside Uzor Arukwe, Bucci Franklin and Daniel Etim-Effiong; Odunlade Adekola, Erica Nlewedim, and Racheal Okonkwo star in James Amuta’s comedy Win Or Lose.

See the full highlight of movies and TV shows available to watch in Nigeria in October below.

Highlight of New Films in Nigeria in October

Highlight of New TV Shows Coming to Nigeria in October

Which of the film(s) and TV show(s) are you looking forward to the most?  Did we leave out any? Let us know in the comments below.