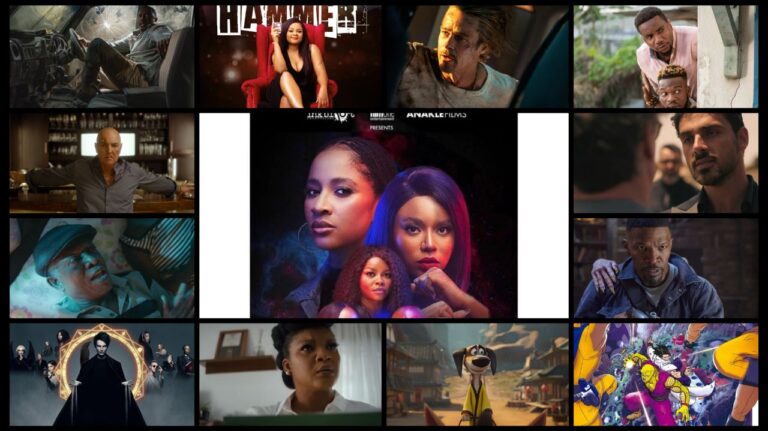 Indie success Yahoo+ by Ebuka Njoku was our critic’s pick in July.

Box office hit Yoruba epic King of Thieves is now available on Amazon Prime Video as the streamer gears its efforts to settle into Nollywood.

Kayode Kasum debuts his first film of the year, a musical titled Obara’ M starring Nancy Isime and Nkem Owoh; and a sequel to 2019 crime thriller The Set Up will be in cinemas.

Jordan Peele’s Nope will be available in cinemas this month, and Dragon Ball anime will be distributed for the first time in Nigerian cinemas. Brad Pitt will star in action thriller Bullet Train.

See the full list of movies and TV shows available to watch in Nigeria in August below.

Highlight of New Films in Nigeria in August

Highlight of New TV Shows Coming to Nigeria in August