Lai Mohammed and the Paradox of Social Art 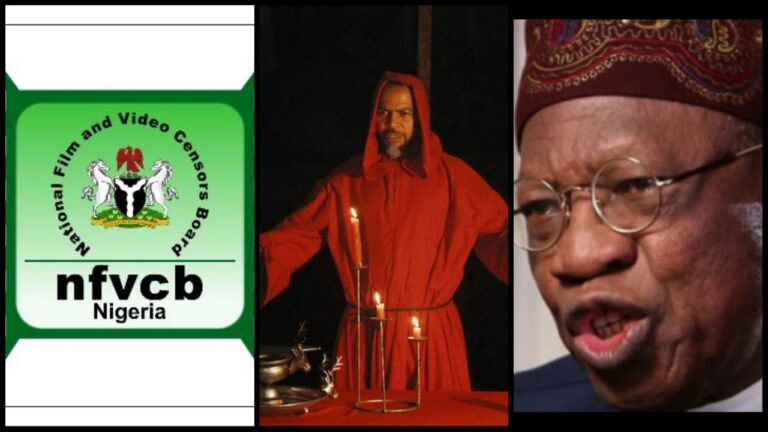 To properly question the new edict on Nollywood by the Nigerian Minister of Information and Culture, Lai Mohammed, we must answer an important question: is art a reflection of society or an influence on it? It is an interesting question because the answer can fall either way—think “which comes before, the chicken or the egg?” question. Just like that glib chicken and egg riddle, there is an obvious answer to our art question here. It is a question of survival; can art exist without society? No. The purpose of art has never been to instruct society, but to reflect shades of it, and express a portion of the human soul in the process; the purpose of art is humanism, not sanctimony. Fundamentally, art is an idealistic endeavour, not a societal exercise. 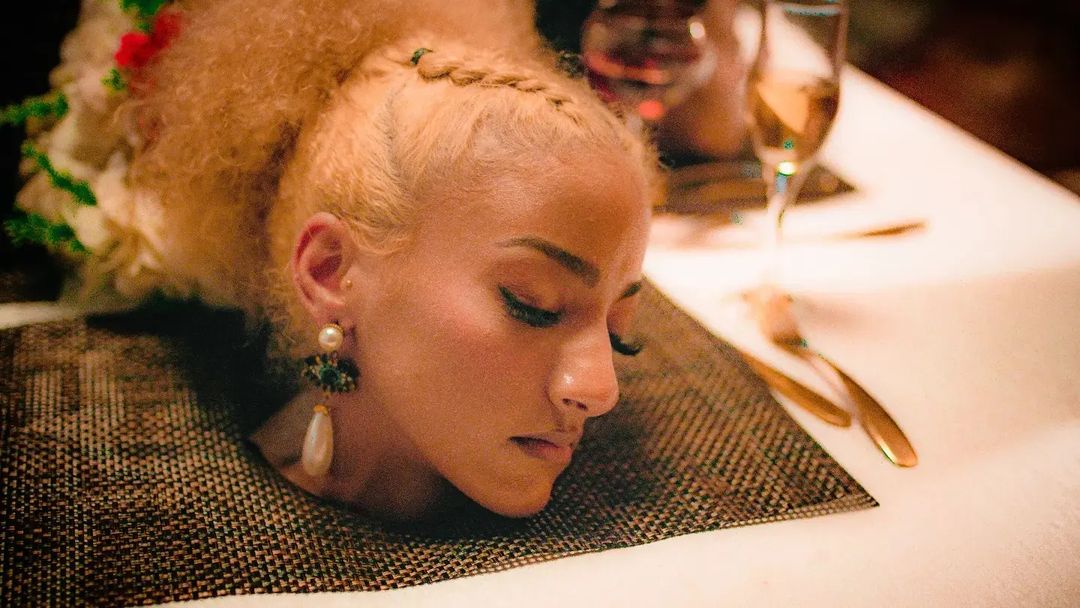 What Lai Mohammed and the National Film and Video Censors Board (NFVCB)—representatives of the present administration—lack in their analysis is proper introspection. There are no questions asked about what would make teenagers and young adults consider ritualism as a viable path to wealth. The truth is that there are numerous answers to that question, unpleasant answers that the board and the minister are both unwilling to consider. The basis of film and, indeed, any form of art, is make-believe. Anything condemned to the recreation of any form of art cannot be absolutely true, which is why every audience approaches art with a suspension of disbelief. Lai Mohammed knows this. Certainly, we don’t believe that the actor playing the bad guy in a film is an actual bad guy in real life, do we? It is a point so basic that one risks appearing redundant defending it. Surely, it must sound ridiculous for a country to ban war movies because it believes they encourage people to go to war.

The problems of the Nigerian youth are plethoric. Not only is he growing and trying to thrive in a harsh economy, he also does it with inappropriate tools. The education system handicaps him from the get-go. He has not been educated to effect change on the rest of the world, he has been educated only to interact with the rest of the world; to be at the mercy of the rest of the world, and understand why he is at their mercy. In the desert all one thinks of is water; so, it should be no surprise that in a poor country, with an erratic economy, a dysfunctional moral value, and a bleak path between university graduation and employment, the youth and, by extension, the teenagers—the almost-youths—will look for other means to thrive. (“If you can’t join them, then try to beat them.” If you can’t directly loot, then loot wherever you find yourself presently: so the secretary thinks as she demands a bribe from the graduate seeking a meeting with her boss; so the teenage internet fraudster thinks as he sees teenagers in other parts of the world living in better conditions than himself.) In a country with a damaged moral value system, it is terribly reductive to blame the movie industry for crimes against morality. 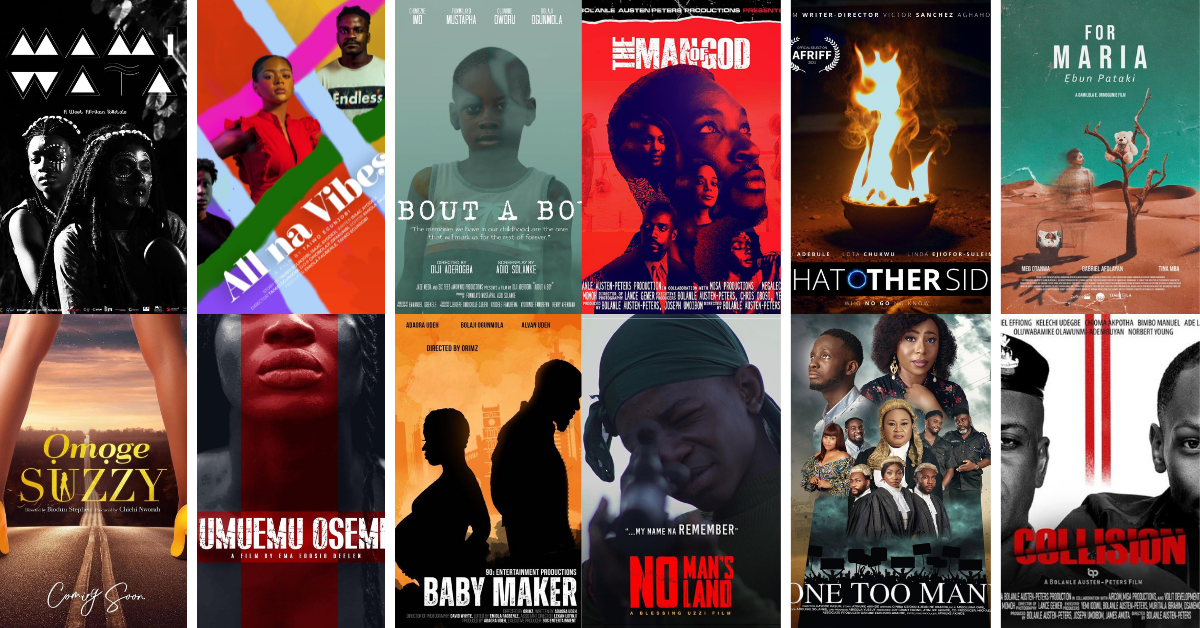 Think about all the reference points every Nigerian child has for morality. Which of them is still, or has ever been truly considered a sanctity? The home is problematic because the parents of today were children in the 1980/90s, when the military regime murdered journalists indiscriminately; when Abacha, Babangida, and co, looted this country dry, when the current president initiated a ‘moral war’—just as his minister of information has embarked on one now—that involved soldiers beating and dehumanising civilians in public. But beyond all of that, you had children (who are parents now) witness military regimes, and normalise the great violence of watching people lose their lives for speaking the truth. Did we not think this would have a consequence on a society’s psyche? Random people went into politics, got shoddy contracts, and became rich overnight. How else would the average and deeply religious man rationalise this sudden wealth if not by concluding that overnight riches must surely be occultic: money ritual. And the movie industry, as a conduit of art, reflected that aspect of its society. Living in Bondage was released in 1992: there is art as a consequence of its society. In 1999, Tunde Kelani’s allegory, Saworoide, was released. Would we blame Saworoide for all the military coups that happened through the 80s and 90s, or would we blame it for the blatant governmental inadequacies that have happened since its release?

Blaming Nollywood is an easy way out of a very complex situation. There are various elements that are contributing to the rise of rituals and crime. A better, more cohesive communal upbringing would curtail the tendencies towards these vices early on, and a more proactive, stabler, and modernised education system that doesn’t have lecturers extorting money from students, or blackmailing them for scores, or ASUU going on indefinite strikes—because, you know, it’s easier to stay out of crime if you are in school. And when they leave universities, if there are well-paying jobs, and an incorruptible system to absorb them, it is less likely they would subscribe to ritualism, cybercrime, or whatever criminal shortcut there is to escaping poverty.

And this is not to absolve these criminals of blame. There has to be some willingness within you, one that is outside social factors or upbringing, that makes you end another life to make money. What led us here and how can we advance? These are the questions we must ask ourselves as a nation and society. Lai Mohammed and the NFVCB have considered the wrong riddle—not unlike the pointless riddle of the chicken and the egg—and have come up with a grossly pointless answer. Morally-policed societies usually end up as quasi-dictatorships, and are usually led by sanctimonious figures. The American writer, Camille Paglia, once wrote that “a society that forgets art risks losing its soul”. And this is the path we are being led. If not, why should any of our leaders ask which came first, the chicken or the egg; Art or society? Of course, the egg came first.