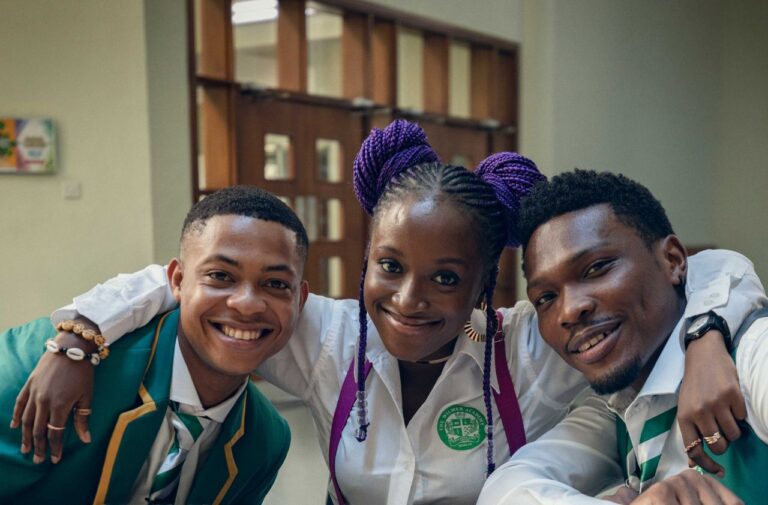 Far From Home, a 5-part series directed by Catherine Stewart (Isibaya), Kayode Kasum (Soole) and Kenneth Gyang (Blood Sisters), follows the story of Ishaya (Mike Afolarin), a charismatic teenager and talented artist from a poor family whose dreams suddenly appear within reach when a prestigious scholarship to the most exclusive school in the country catapults him into the affluent world of Nigeria’s elite. All the while a huge secret threatens Ishaya’s newfound status and, ultimately, his family’s safety.

The co-creator of Far From Home and founder of Inkblot Productions Chinaza Onuzo says,“We’re excited to be partnering with Netflix to create this special show on a global scale for and about young Nigerians. Working with such an amazing cast and crew to tell this unique story about making your way in the world and chasing your dreams no matter your status in life is such a privilege and honor.”

Inkblot Productions is known for recent releases such as Superstar, The Set Up franchise, The Perfect Arrangement and The Blood Covenant whose post-theatrical licenses have been contracted to Amazon Prime Video.

Netflix is the world’s leading streaming entertainment service with 223 million paid memberships in over 190 countries. The streamer’s most recent releases include Anikulapo, Blood Sisters, and Elesin Oba.

The production of Far From Home was originally announced in 2020 and now the series will premiere on December 16.