What You Need To Know | ATLANTA 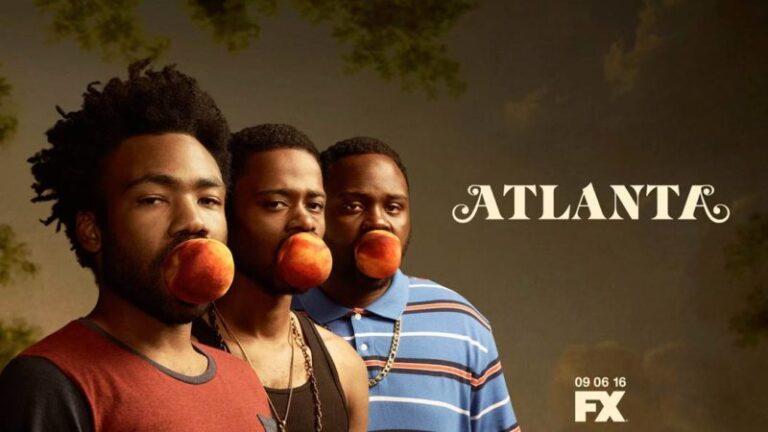 I am glad this is the first TV series review coming up on this blog. As A is the first letter of the alphabet, A is for Atlanta and A is for AWESOME. Couldn’t have been coincidental. It’s A sign.

– early 2017 draft that feels like cringe this 2018.
Keep calm for there’s finally Menu! Menu!! Menu!!! at the bottom of that order of events. With the music industry in Nigeria currently on the rise and we’re starting to see more courage and bold steps from young artists without labels taking those wild risks trying to make it, Kush smoking on the rise, clubbing, house partying, social media usage booming, ladies trying to find their way to being independent and strong (where my feminists at?), sense of humour also increasing (though some people still lacking it badly), exposure to foreign issues which we hear every now and then and finally the HUSTLING spirit in Nigerians skyrocketing to 999%, this is definitely the next TV show to watch and get attached to as it’s second season starts today. Yaay, lucky you. You didn’t have to wait for almost a year.

This series I’m about to force into your soul led me personally on a path of hustling, breaking out, keeping it cool while still maintaining my grind. It doesn’t just push us around studio vibes(we were never even shown inside a studio, SPOILER!!), still we see and feel in the event of things that someone is making music as an art, is confident about what he’s got and really wants to hit it hard in the music scene. ATLANTA is basically humour infused into a broke man’s hustle to being successful serving as his estranged cousin’s manager who is an upcoming rapper in the music scene of Atlanta. Personally didn’t think he was good enough to be his cousin’s manager because of his lack of experience and all but he felt capable of handling this post at first thought. He must have had thoughts of quitting along the line as the challenges of entertainment hustle came smacking him in the face, but his will and determination to fill this shoes in the first place, obligations to take care of his daughter that he has with his best friend & on-and-off boning partner,Vanessa (Zazie Beatz) and dedication to succeed keeps pushing him through this comical, sometimes parody-like adventure while dragging us along not waiting to see if we’ve recovered from the last escapade or not. Also I’m not in support of family being mixed with business and more of that might be explored in season two, which resumes today.

Normal show-runners would have decided to take a more dramatic or totally musical approach to the story, but with this lighthearted approach while still dealing with serious issues is what makes ATLANTA standout as a show that has gone on to win two Golden Globes and two Emmys in its debut season. Would you have predicted a series would be a hit by tackling different personal and social issues every episode, while making it short and sharp with subtle jokes, weirdness and humour which hits you right on one side of the cheek and resonates on the other side for big momentss of laughter? This is one of breakout comedy TV shows of 2016, which we could still classify as drama cos of the way it deals with real social issues from police shootings, to racism, social media craze&cyber-trolls, basic everyday black family problems, a woman trying to figure out who she really is and many more issues while still keeping it real with its main plot which is a young man trying to break out as a person and his cousin, Alfred A.K.A Paper Boi (Brian Tyree Henry) in the wild music industry of Atlanta. One thing ATLANTA possesses is holding a mirror to our present time and poking fun at it with no holding back ( we even got to see a black Justin Bieber, yeah,you read that right, “BLACK”).

I fell more deeply in love with the series when I found out my favourite character and almost all viewers’ favourite, Darius (Lakeith Stanfield), the upcoming rapper’s wingman is of Nigerian descent. So in other words his character was written to be a Nigerian-American, you’re feeling that? (I love when I hear my country’s name in stuffs like this). He’s a dude who lives by the words “take life day by day & easy”. A vivid example was shown in one of the episodes where he wasn’t allowed to enter a particular section in a Club just some minutes after leaving the same section, only to leave his friends there, go home, eat Cheerios and play “Zoo Tycoon” on Xbox. Weird right? Funny right? Life is easy!!! which is just a rat’s bite when compared to other scenes with him.


Talking about characters and the way they’ve been uniquely written; Darius stands out as the calm guy with the all street wisdom and experience although he is not all free-spoken and puffed up about it, but he’s always there at the right time to drop his bits and thoughts on things, mostly acknowledged as humour rather than sharpthinking tho. He’s sort of the brain behind this group of hysterical young men.
Donald Glover acting as one of the showrunner, producer, writer and also as an actor (the upcoming rapper’s cousin and broke a$$ manager) on the show, portrays the sort of creative mind he’s got, if only God asked us how we wanted to be coming to this life. I constantly always feel inspired by creative minds like his. Watching the series, you’d get intimidated to light up some Kush to start flowing on the same wavelength with them, but nahhhh. Just with your social pop-culture knowledge and level of humour you get to enjoy this and please please please, it’s not a time to get annoyed or ‘over-woke’ by the things occasionally represented and made fun of. As he has promised, season two is going to be a classic. Who radiates so much confidence? What is going to break my heart the most is Donald ending Atlanta after three or four seasons cos he is already bored of it and needs a break,which he has often attributed to it being LIFE. Well, it is.🙂

Seen Atlanta already and this has pushed you to want to go again for a second seating? or as a first timer already drawn to it this very moment? Let me know all of your thoughts in the comments section.

And if you’re a big big fan like me, SEASON TWO starts today officially as ‘Atlanta: Robbin’ Season’. Catch it on FX or your closest bootleg dealer.

You too help my hustle and ask for more of this, as a high demand for this and interaction keeps me on my toes to get you the best, not necessarily the mainstream stuffs we are forced to watch nowadays all because it’s popular (my drug-smuggling people) or we can travel to the past in it; (my DC people) or bring back someone from the dead ( Jon Snow fandom I hail you ooo). And doesn’t it feel good watching something everyone doesn’t watch and introducing it to them (you don turn founding father be that; don’t forget me the source sha, our secret is safe😉) So, do not forget to share.
PS: My favourite episode is the fourth episode with a fictive popular internet troll who played the young men. Obviously you can’t start a series from the fourth episode,you’re not my mum. So get off your comfy water bed and go start with episode one of ATLANTA!

First look images have been released for L.I.F.E, a new film directed and written by…