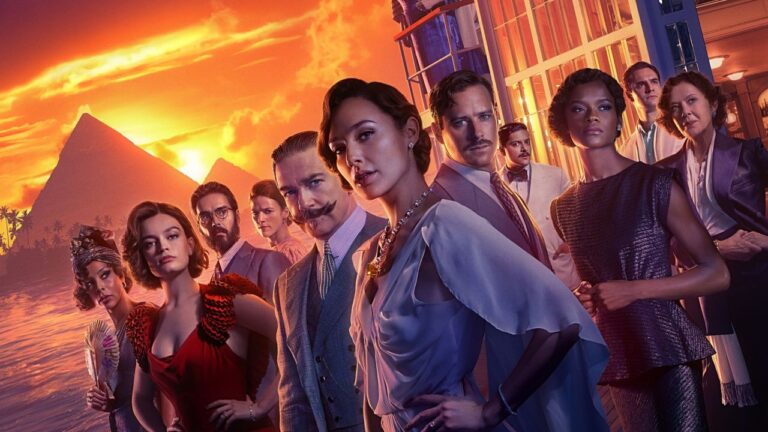 Kenneth Branagh’s adaptation of Agatha Christie’s book, Death on the Nile, is a sequel to Murder on the Orient Express, a second journey of the legendary moustached detective, Hercule Poirot. Directed by Kenneth Branagh who also plays the detective, Death on the Nile opens with a black and white prologue in the pit of 1914 World War showing a young non-moustached Hercule Poirot at the warfront. This is an opening that is set to tell a weird yet fascinating story about the origin of Detective Poirot’s moustache– I mean, who gives a moustache an origin story. 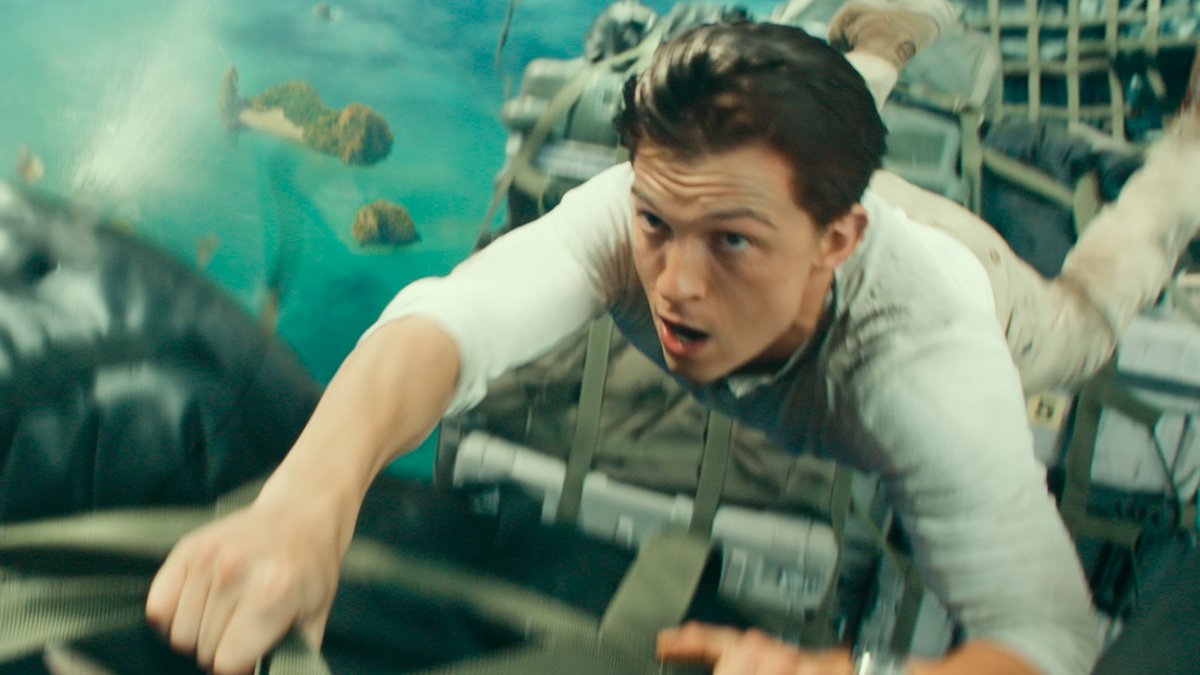 Fast forward to 1937, Poirot’s vacation takes him to Egypt, where he runs into a friend, Bouc (Tom Bateman) and through his friend, he gets an invitation to a honeymoon party between a wealthy heiress, Linnet Ridgeway (Gal Gadot) and her husband, Simon Doyle (Armie Hammer). Apparently, Simon has broken up with his fiancée, Jacqueline De Bellefort (Emma Mackey), to be with her best friend, the heiress. This is a perfect love triangle and a strong motivation for murder as the scorned Jacqueline pops up everywhere the couple is, just to disrupt their newly found love. And once again, she follows the couple to Egypt and boards the same ship the couple has taken for their honeymoon on the Nile. Then, death takes its victim(s) on the ship with other players on board; each with their grudges and desires, whose grievances is strong enough to commit murder?

The 2-hour long movie is a smart murder mystery and just like its first part, Murder on the Orient Express, Detective Poirot has an array of suspects. The whodunit has a great plot to propel its story but it gets tiring at a point with the fervent need for the movie to plunge into the death that will eventually happen on the Nile. As the movie progresses, it tries to build up its characters, leaving a trail of clues for the Detective, which might see viewers lose their patience. As Bouc introduces the characters, coupled with their immoralities, he lays a foundation for the murder that will soon happen. However, even though these characters all have connections to the heiress, there are some whose motives are not totally convincing to commit murder and only prove to be superfluous at the end of the day. 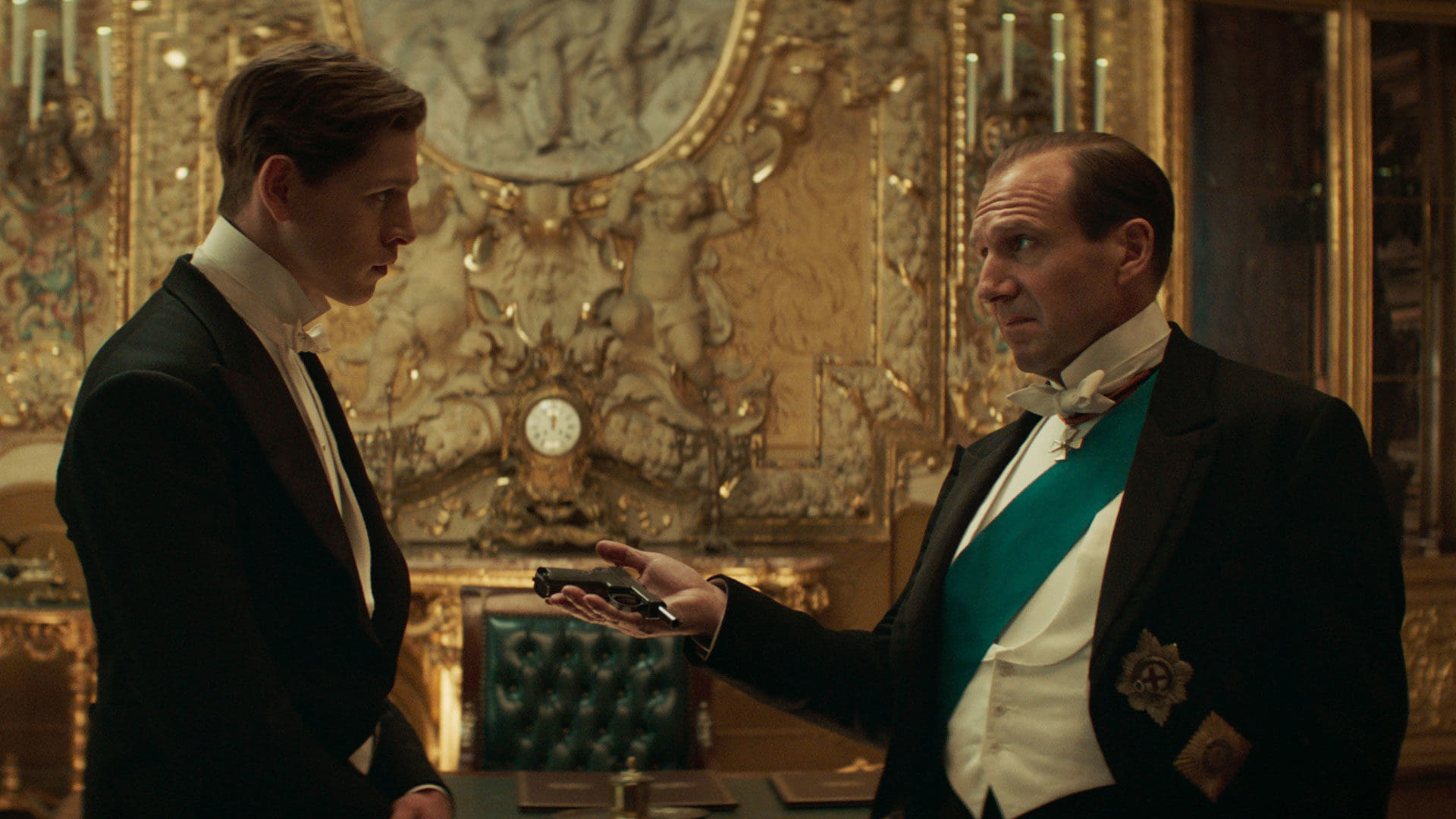 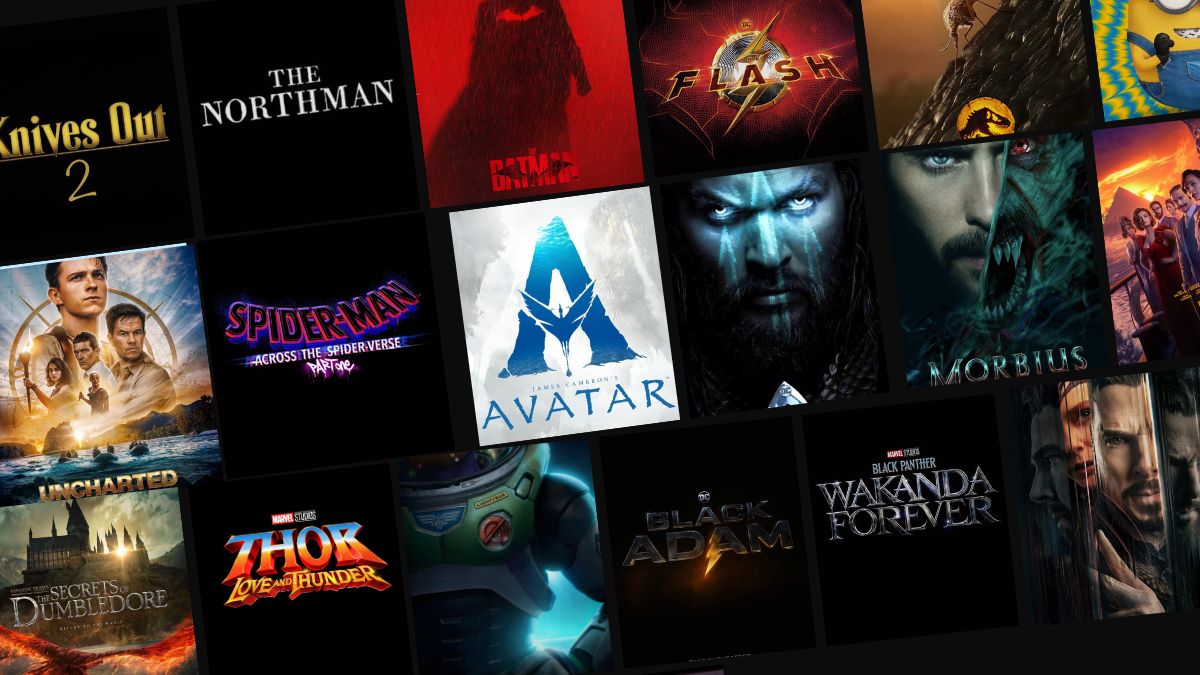 Given that a murder mystery is like a puzzle where one tries to guess who the killer is before the detective does, Death on the Nile fails. It makes it easy to be certain that some of the players can’t be the killer. In this way, one questions its character building, thus the craftiness employed in the movie itself. The murder happens far too late into the movie and when it finally happens, the suspect list has already grown thin. Even though Detective Poirot imposes his suspicions on every character on the ship, strong motives would have sufficed to make them suspects till the very end that the murder is solved. In this way, everyone is a suspect till the very end that even the one with the least reason to commit murder would still fit perfectly into the equation.

In a murder mystery like Knives Out (which was partly inspired by Rian Johnson’s love for Agatha Christie’s novels), even when Detective Benoit Blanc carefully thinned out his suspect list, suspicions on all of the people involved in the case still weighed on, but this feeling is non-existent in Death on the Nile. Two or three of the suspects in Death on the Nile are ones you’d cancel out while solving the mystery with detective Poirot as the movie progresses, this is either because they lack enough backstory or little or no motives to commit the crime(s) presented. Even with this shortcoming, Death on the Nile boasts some marvelous casting choices in the likes of the bold Emma Mackey (Sex Education) as the scorned fiancee and Sophie Okonedo (The Wheel of Time) who plays the role of a singer and a brief object of Poirot’s affection. Another element that comes close to the casting choices are the great visuals, where Death on the Nile finds further life—damn, I’d love to visit Egypt but just not with a scorned lover on the loose. This tale of murder and chaos beautifully unfolds maybe for far too long but compared to other successful murder mystery movies, Kenneth Branagh still has far more screws to tighten.

Death on the Nile is showing in cinemas.