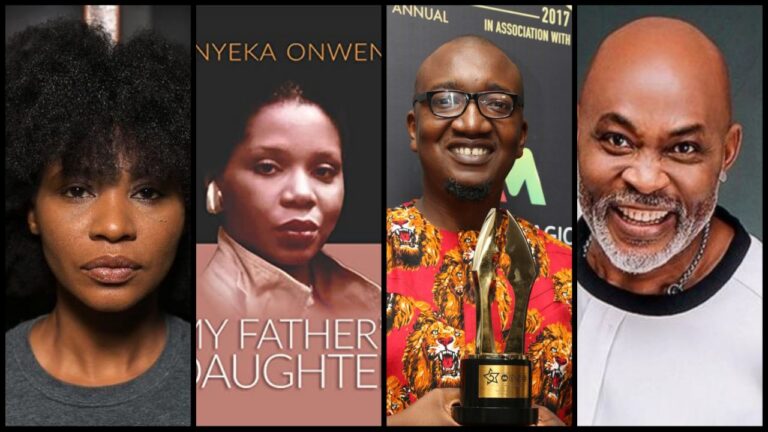 Making an announcement at a media conference held at Four Points Sheraton in Lagos on Friday, January 28, 2022, Izu Ojukwu is set to direct a mini TV series adaptation of “My Father’s Daughter”, Onyeka Owenu’s memoir that was published in 2020.

“We have not decided if it would be in six or eight parts, but I can confirm it would not be just one,” said Onwenu, in a quote gotten by TW Magazine, “what we are doing here is to tell the story of Nigeria, and the story of the film and music industry. It is our time to tell our stories ourselves.”

The memoir “My Father’s Daughter” which was first published on the 30th of September 2020 is a narration of Onyeka Onwenu’s journey through life. She takes us into her world, from the heartwarming affection of her father to living through the anguish of the Nigerian-Biafran war, family intrigues, feminism to a career that has put her in the limelight. The book is deeply personal and emotional retelling her story from the lows to the highs alongside Nigeria’s too.

Ngozi Osu, the editor of the memoir, expressed her pleasure on the project as she shares, “I look forward to the book being made into a TV series” and further stated that “the book talks a lot about women. Onyeka reveres, promotes, respects, mentors and motivates a lot of young girls.”

With no details on if production has started or its release date, Onyeka Onwenu and Charles Uwakaneme will serve as executive producers. Izu Ojukwu (Amina) will direct, and Chichi Nworah, known for upcoming titles Shanty Town and Omoge Suzzy under Giant Creative Studios, will produce the series.  The team further dropped some casting hints, including Richard Mofe-Damijo, Nse Ikpe-Etim, who both appeared in Seyi Babatope’s Fine Wine and Kemi Adetiba’s King of Boys series last year, and Onwenu (Half of a Yellow Sun) who is not new to acting herself would play a role alongside other unannounced names.

The project is set to take on US-based Investor Capital LLC as partners in the production of the TV series.