It’s time to act on decisions.

After the back and forth on whether having a baby would be a good thing, things get more serious now and there is definitely no turning back. As the ritual is, my title for episode 5 is “Baby Steps”.

Little Black Book episode 5 begins with Kyenpia (Nengi Adoki) finally returning on-air and taking the pregnancy test which comes back positive. Kyenpia’s cold expression when she finds out is the same expression I had to this news. However, I did expect her to be a bit happier and show the happiness too.

Next is Tade (Teniola Aladese) finally crossing paths with Leoniel (Ikechukwu Okunaku) as he bails on a meeting with clients he had earlier agreed to meet up with. Tade is quite furious but calms herself when she realizes what Captain had earlier divulged about Leo’s multiple personality disorder. Leo didn’t just bail on the meeting but also cared less about the consequences of missing the meeting and don’t even let’s get started on how he devoured his meal. He asks Tade if they could use Cris (Floyd Igbo) and Zainab’s (Helena Nelson) online presence to the company’s benefit. This leaves me puzzled because for a second one would think this personality switch could pose a problem to the business, but clearly, this is him even bringing up ideas.

Kyenpia informs Leo about the pregnancy with a gift sent over to his workplace. Sadly, the personality available is Leoniel so the reaction is somehow cold and like that of someone who doesn’t even remember what exactly is going on.

It’s Tade’s birthday and she is reminded by Brian (Michael O. Ejoor) who is back in town. They have a friendly chit chat about her birthday and he also reminds her about his job offer as he has sent her an offer package. Tade asserts that while the package is tempting, she still needs time to think about it. I guess “baby” decisions aren’t the only decisions needing thoughts in this episode and Tade really might be at an interesting crossroad.

Mr. Jaiye and London’s dirty games have just gone up a notch as we see London receive a package at a drive point exchange. Let’s guess it’s more money laundering and it’s pick-up time. Well, Tade and Emelda (Bimitan Adegoke) are definitely catching up to them as they dig up transaction statements and notice some completed transactions that stink of laundering games. The question now is, What are they going to do?

Next is a rocky road ahead of Zainab and Cris. Zainab notices Cris’s sneaky behaviour with him sending early morning chess messages to Dami (Anee Icha) and having saved her name as ‘Bad Habit’. Cris also places hints of him not being comfortable with their online presence as he states that sometimes he doesn’t want to be online. I think this mix isn’t sitting well for Cris anymore because one would assume them going back to rehearsing ends the steam but things get rocky as Cris begins late nights which Zainab reads as him avoiding her. Zainab is playing it slow and isn’t reacting to all the signs she sees, which is more dangerous.

Tade receives a picture frame that takes us on a flashback to the memory behind the picture, a moment shared with Leo. It answers the question of the sender. Hmmm, I know you want to ask me if they are still a thing buts I am like this I have a headache concerning these two and I really don’t get it anymore. 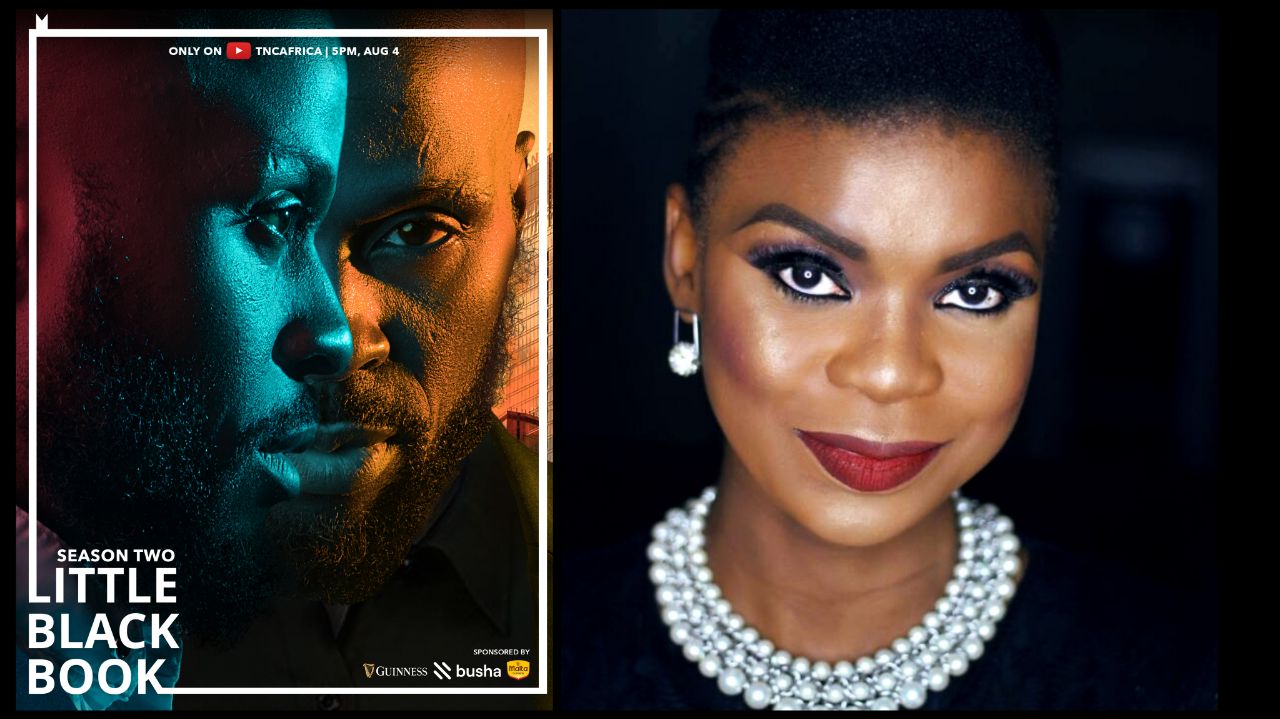 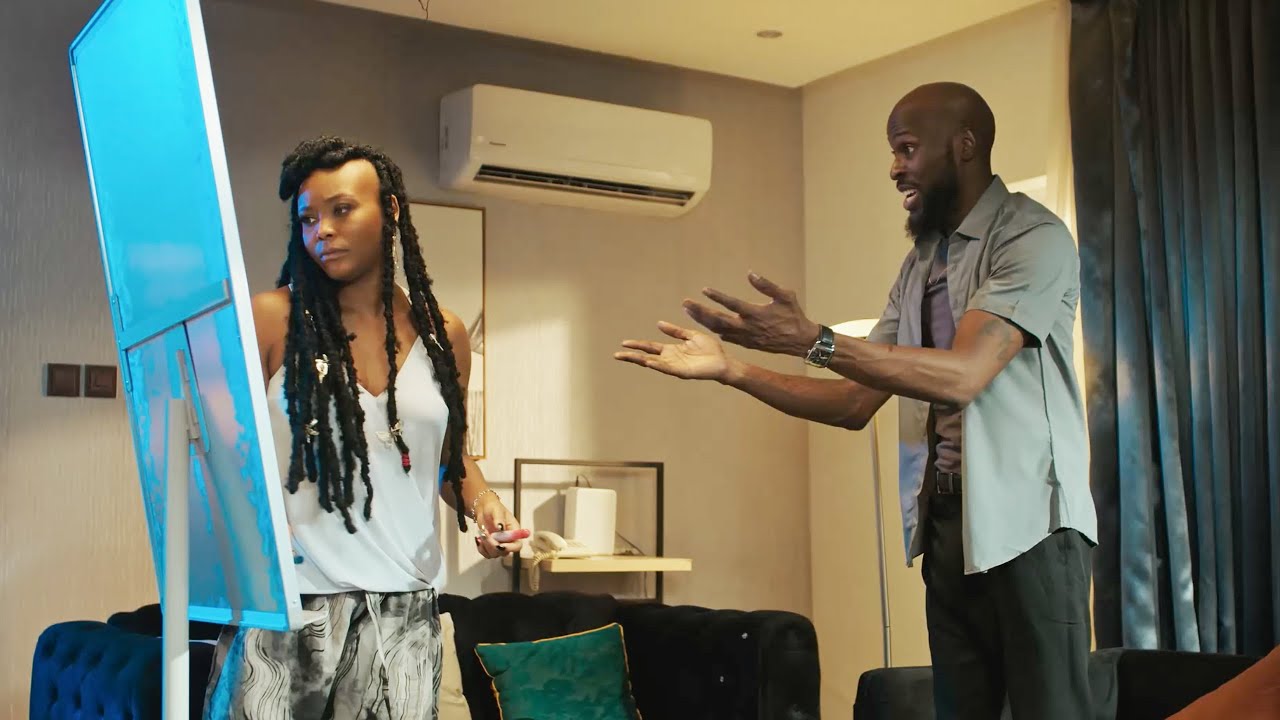 Leo becomes stone cold and passive when Tade makes her grievances known about a project swept from her and given to London. The anger from Tade hints that she might just consider Brian’s offer. Leo has bigger fish to fry as Mr. Moshood (Chukwuka Jude) finally pins him down with more questions about the lapse in the security footage. It might just be hard for Mr. Moshood to dig anything o because the company that handles the security footage is owned by Captain (Kanayo O. Kanayo) but Mr. Moshood sure isn’t backing down and even gives it back hot to Leo who tries to intimidate him.

Leo is woken by a dream which could just be what’s behind the door that was brought up in episode 3. In the dream, we see a woman cutting a cake and beckoning with a smile on someone to come but isn’t happy when a man instead walks in. They soon get into an argument as she points a knife at him but the doors shut before anything else happens. Hmmm, I guess the puzzle pieces are coming together but let’s wait till we have more facts.

Idara the therapist (Bimbo Akintola) is back in town and Leo agrees to meet up with her or rather Leoniel. He makes complaints about the dreams and gives her the ultimatum of stopping his dreams or what they have going on stops. Before we get back to the drama, I must say that Bimbo Akintola’s return is amazing to watch, her poise and eloquence in this character have been spot on.

Back to the drama, Leo isn’t the only one who wants answers from Idara as regards his treatment. Captain, too, is in the mix. Idara fires back when Captain lays threats, reminds him of his sole role in Leo’s problems and also warns about the difference between Leo and Leoniel. Although there have been accusations of Captain being cruel, all we see are snippets of him genuinely caring and one can only wonder what is behind the door.

We end this episode with Captain not adhering to Leo’s demands not to interact with Kyenpia. Captain comes bearing a symbolic gift to Kyenpia, the two have a chit chat and Kyenpia makes it known that she is pregnant but it’s obvious that he already knew. Captain definitely has all the details on everyone and anyone. But things get a bit spooky when Captain makes it known that he doesn’t want to get separated from his grandchild which Kyenpia affirms to.

Now I hope you all see the bomb that is slowly being planted. Kyenpia wants Leo to be an active father but won’t agree to his demands of not having ties with his father who also won’t agree to distance from his unborn grandchild. Tade isn’t having it with London (Moet Abebe) and Jaiye’s (Paul Utomi) conniving schemes of sweeping away deals from her and still has Brian’s offer sitting on her lap. Cris and Dami are playing a game that will definitely leave one party in wreck. It is safe to say grab your shields because things should get chaotic from here on.