All the creatures wanted was silence, a quiet place, but humans aren’t known to be quiet…are they? 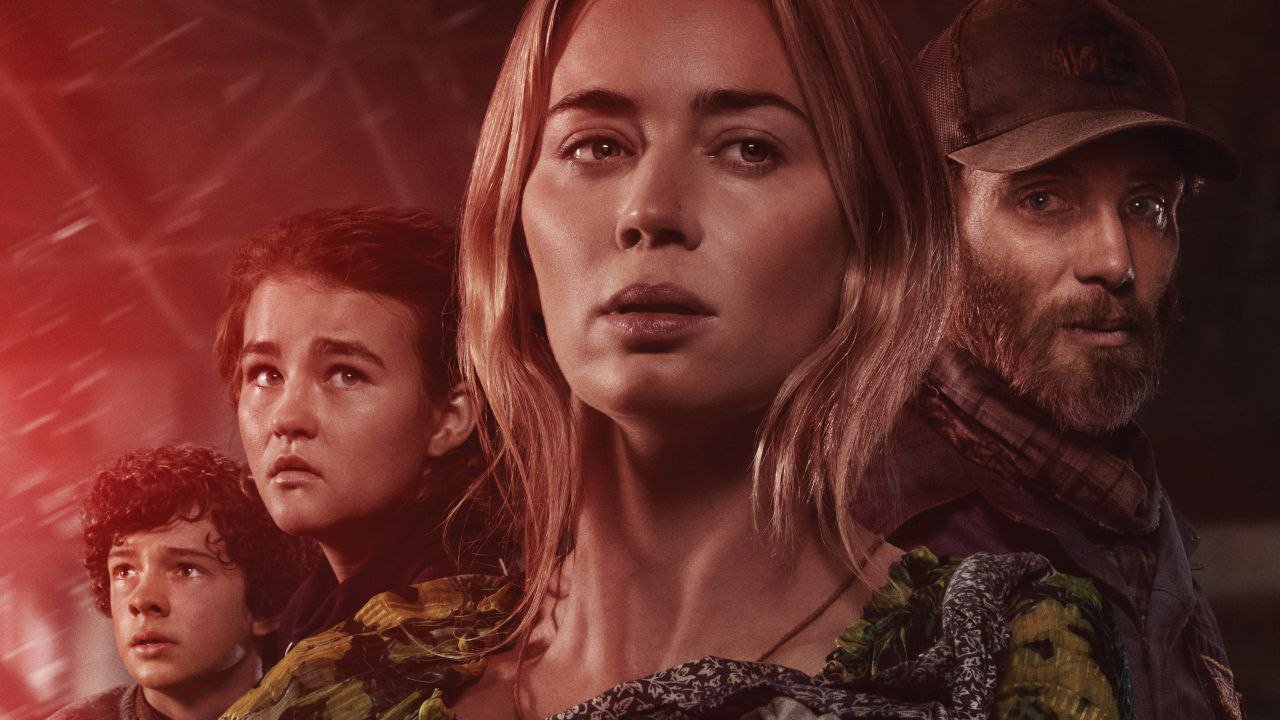 A Quiet Place 2 was one of the most anticipated movies of 2020, then the pandemic happened and we all had to stay indoors. But at least we could shout at the top of our lungs as much as we wanted. This sequel to A Quiet Place opens with Day 1 of the monster’s arrival in the United States.  During a baseball game in the town of Millbrook, a meteor-like explosion crashes down from the sky, followed by a series of chaotic events, as some blind creatures with advanced hearing show up and wreak havoc everywhere. Flash forward to Day 474, the morning after the devastating events in A Quiet Place 1, disheveled Evelyn Abbott (Emily Blunt), is shown with a baby in hand and her two kids, the deaf Regan (Millicent Simmons), and Marcus (Noah Jupe) trailing behind her. Consequently, they leave behind a place they once called home following the string of events that resulted in her husband’s (played by John Krasinski) death.

In their quest to find a new refuge and other survivors, they encounter a former neighbour, Emmett (Cillian Murphy) in an abandoned factory. Emmett, a bitter man who is crippled with the loss of loved ones, wants nothing to do with them and insists they leave at first light. Even when Evelyn shows him the baby in the soundproof bag, breathing with oxygen, he seems unconvinced about giving them refuge and complains about the short food supply. The hearing-impaired daughter, Regan, believes that there are other survivors due to a radio signal that has been broadcasting the ‘Beyond the Sea’ song incessantly.

With the belief that the signal is a secret code to a safe haven, Regan embarks on a perilous journey to save her family. In light of this event, Emmett runs after her to stop the madness, then Evelyn goes on oxygen and medical supplies hunt while Marcus stays back at the hideout with a baby who is running low on oxygen. At this point, the movie splits into a separate storyline delineating how they all deal with their bag of troubles as they are all boxed to a corner by these long-legged monsters.

A Quiet Place 2 was directed by John Krasinski, who also helmed the directorial role in the first part. The first part, released in 2018, was a thrill ride for any fan of horror movies and it was a brilliant and successful horror thriller. It served as a story that conceived the idea that one could make an excellent movie without the use of dialogues. The movie brings forth the thought that humans can adapt to any type of situation, even if it means silence will be our natural mode of existence. One problem with most sequels is that they never meet up with the standard of their predecessor. However, this is not the case with A Quiet Place 2 and just like its predecessor, it is packed with tension and suspense.

The director employs the use of visual effects and sound to tell his story, two effects that are of the utmost importance in a movie that is devoid of sound. In A Quiet Place 2, the brains behind  the movie made silence so scary that it instils a feeling in the viewers to be quiet themselves. But this is not surprising considering how the use of sounds and visuals were used extensively and brilliantly in the first part. So, as expected, these effects are the main prerequisite needed to carry viewers along on this death ride and the sequel maintains  that perfectly.

The first part of A Quiet Place is about the struggle of a family accompanied by the theme of human resilience when all odds are stacked against them. It ended impeccably, with great acting and the director’s discerning eyes for the smallest details. The second part is pretty much about the difficulties faced by the  Abbotts family after leaving their nest to explore the outside world. With nothing left of the world except silence since the tiniest sound can lead to death.

With a little expansion and introduction of some other characters apart from the Abbotts, A Quiet Place 2 holds up to the horror of its predecessor and boast exceptional visuals and cutting-edge sounds to enthrall viewers. Interestingly, Krasinsky’s intuitive directing to split up the storyline into three different story threads is clever. It gives viewers a new angle to be fully invested in since the first part was acted in a limited setting. Those who have seen the first part will remember that the slightest noise can kill, so all we can do is hope that no name is added to the ‘Death Note’. However, on the quest to find a way to deal with these creatures, there is another threat presented other than these long-legged creatures. A Quiet Place 2 ends with a cliffhanger and a room for another sequel that will be hinged on humanity being the greatest threat to itself.

A Quiet Place Part II is currently in theatres.